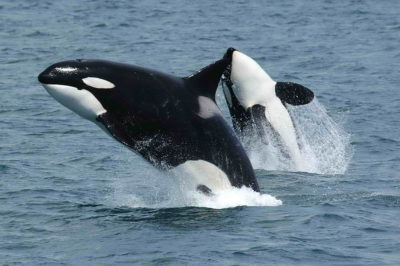 Southern Resident Orca numbers have hit their lowest point in 30 years, with only 75 remaining after one went missing and is presumed dead. These whales have been under constant watch for the past three decades, with conservationists doing all they can to help their numbers grow. However, with the decline of the species’ food source as well as a boom in human population, they have faced many dangers over the years as well.

The decline of the Chinook salmon is a major reason for the species’ struggles; these fish are the Orca’s main food source, with their disappearance leading to the threat of starvation. Human intervention is another factor, with plans to build oil pipelines running through the ocean and disrupting the whales’ habitat and living patterns. Whales are such gentle and beautiful creatures; they do not deserve to suffer the pains of starvation and habitat disruption. Additionally, they are a vital part of controlling the krill population of the oceans.

With numbers this low, it may not be long until we see the complete disappearance of the Orca from this planet. Do not let this happen. Sign this petition to protect the remaining Orcas and to give them a chance to rebuild their numbers.

With the disappearance and presumed death of a Southern Resident Orca, the species’ numbers have reached their lowest point in the past 30 years. The decline in the species’ main food source as well as constant plans to build oil pipelines running through the oceans are a threat to the species as a whole, both the result of a boom in the human population of San Juan.

Whales are beautiful and intelligent creatures, as well as vital to the control of the ocean’s krill population. We cannot let their numbers go any lower, or they will disappear completely within a few short years. We, as humans, must strengthen our protection of the Orca by rejecting plans to build oil pipelines and by enabling the Chinook salmon’s return to the ocean. You must aid us in the protection and conservation of this species before it disappears forever.