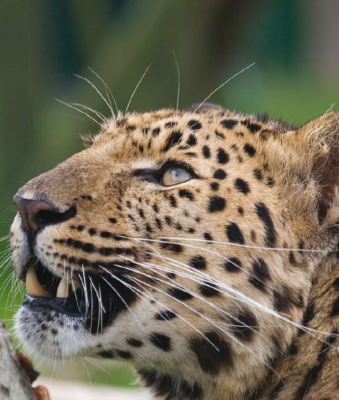 Fewer than 100 endangered Amur leopards remain in the Russian wild. Scientists studying wild Amur leopards living in Russia and China have concluded that only 84 of the rare cats remain in their natural habitat. The survival of these critically endangered felines hinges on there being enough wild space for them to hunt and roam.

Conducting research on these elusive big cats is notoriously difficult, which is why scientists did not have a clear picture of just how many Amur leopards remained in the wild until now. The new detailed surveys combine data based on discovered tracks in the snow and photographs taken by motion detection cameras in both Russia and China. Many of the cats were shown to frequently cross the border on either side, but there were overall more Amur leopards living in Chinese territory.

While it is vitally important that both nations work to protect this critically endangered species, this study highlights the need for Russia in particular to focus on saving the remaining cats within its borders. With so few Amur leopards left in the wild, the survival of each individual is needed to ensure sufficient genetic diversity. Sign this petition to urge Russian officials to increase available habitat for these big cats and to devote more efforts to their conservation.

Recent scientific studies have given us a better picture of how many critically endangered Amur leopards remain in the wild, and the news is not good for those cats living in Russia. While many of the leopards have been shown to cross regularly between China and Russia, those living exclusively in Russia have less available habitat to roam in, and therefore are in greater danger of extinction. We ask that you conserve more land for these leopards, and work with Chinese officials to ensure their long-term survival.

With only 84 wild leopards counted in the recent study, each individual remaining represents a necessary link for ensuring genetic diversity for this subspecies. The survival of these cats depends upon having adequate wild space in which to hunt and thrive. That is why we, the undersigned, are urging you to save this crucial habitat and to devote more resources to leopard conservation. 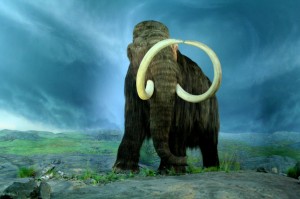 Target: Alexander Sergeev, President of the Russian Academy of Sciences

Goal: Investigate and support the conservation benefits of restoring extinct species to the environment.

Conservation ecologists and other science professionals recently converged to offer insight on a hotly debated topic: the potential cloning of long-extinct species. Rapidly accelerating biotechnology advancements make the prospect of ‘de-extinction’ more a potential reality than ever before. Such a monumental step could forever alter the course of animal conservation and, in some cases, environmental conservation.

One of the more popular potential subjects for de-extinction is the wooly mammoth: the long-haired, elephant-like creature that roamed Earth during the Ice Age. While an exact replica of this or any animal is unlikely, scientists are exploring the idea of genetically modifying a current similar species (in this case, the Asian elephant) and giving these animals traits of the extinct animal. If genetic modification and cloning technology were to be used in creating a sizable group of mammoths or other animals, these advances could offer new hope to other species on the brink of or past extinction.

Further, the introduction of missing species could have a positive effect on the surrounding environment as well. Natural habitats that rely on a delicate cyclical balance of plants, prey, and predators could be restored or maintained. When the wooly mammoth fell to extinction because of climactic changes and human hunting practices, scientists believe that the loss of such a cornerstone of ice age habitats had a devastating impact on other members of this ecosystem: an impact that was still felt thousands of years later. If wooly mammoths were reintroduced to the Siberian tundra, their roaming practices could possibly help halt the thaw of permafrost in the region. This could in turn keep the large amounts of carbon (a key greenhouse gas) underneath the frozen grounds from being released into the atmosphere.

While caution and careful planning are essential, the promising potential benefits of de-extinction should not be ignored. Sign this petition to encourage further exploration of and funding for a technology that could truly change the world.

What was once the realm of science fiction is fast becoming promising possibility. Cloning and genetic modification spark many spirited debates about ethics and the role science should play in shaping our world’s future. Yet as the threats to our health, our security, our wildlife, and our environment continue to mount, novel and creative solutions are not just desirable. They are essential.

‘De-extinction’ is an emerging concept that holds vast potential for restoring our vulnerable animal populations while bolstering environments worldwide. Scientists have explored the potential of formerly extinct animals to revitalize endangered habitats such as the Arctic tundra while in the process curbing environmental dangers posed by the loss of these habitats (for example, the release of greenhouse gases from the warming Arctic tundra). Other potential benefits have run the range from seed transplantation to natural fire-fighting. The wooly mammoth—the animal that is perhaps the closest to being technologically and genetically viable for de-extinction—would most likely need a home base on the lands of Siberia. This is where Russia can play a vital, prominent role.

Scientists need the investment and the resources to transform flights of fancy and imagination into proactive policies and applications. Please support them in paving a trail to a better world and a better future.