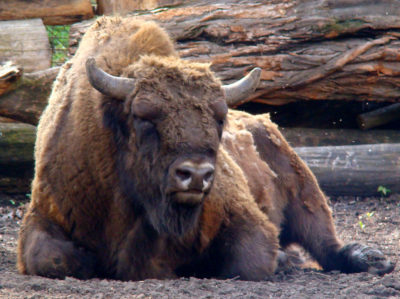 Goal: Do not allow hunters to target threatened species, including bison and elk.

Poland’s Minister of Environment, Henryk Kowalczyk, has come under fire for his recent remarks calling for the country to remove certain vulnerable species from the nation’s list of protected animals. In his own words, he feels that something must be done to address the “excessive sensitivity to animal protection” in his country, and would like to grant permits to hunters interested in killing beavers, bison, elk and more within Polish borders. We must oppose this action that would violate European Union (EU) laws and could threaten these creatures with extinction.

The minister’s words have angered environmentalists across Europe and worldwide, many of whom have drawn comparisons between Kowalcyzk’s rhetoric and Poland’s decision last year to log a pristine forest despite existing EU laws forbidding it. Many fear that Kowalczyk’s words will carry weight, and that he will go forward with his plans to weaken wildlife protection, especially on large herbivores like bison and elk that are known to cause occasional damage to crops.

Poland is home to a number of unique species found in few other places in Europe, including European bison and wild mink. A lack of consideration for their well-being could have dire effects on these creatures and all wildlife living in this Eastern European nation. Please sign the petition below to call on the Polish Minister of Environment to maintain current legal protection for all threatened species.

I am writing to urge you not to weaken legal protection for threatened wildlife in your country, including bison and elk. While these large herbivorous creatures can cause damage to crops, these animals have disappeared from virtually all other parts of Europe and must be protected against hunters. If permits are issued for targeting these creatures, it is very likely they could be wiped out entirely.

Your government must comply with EU laws that restrict hunting these species, even when they can be “burdensome,” as another councilor you spoke with stated. I ask you to uphold these laws so that these remarkable and iconic creatures can continue to survive.

Goal: Repeal law that violates human rights and puts the lives of environmentalists in danger.

Environmentalists will soon be targeted by the Polish government for their beliefs. The Polish government passed a bill that will prohibit spontaneous gatherings of environmentalists at the world climate summit in Poland this year. Experts, NGOs, businesses, and the UN Framework Convention on Climate Change will meet to negotiate Paris Agreements and often, spontaneous assemblies are necessary during the process. If spontaneous assemblies are banned, citizens will not be able to participate in the process, a violation of the freedoms of assembly, association, and speech. In addition, the bill grants the government the power to place attendees under surveillance and gather personal information without the attendees’ consent.

Another concern will be endangering environmentalists who have faced scrutiny in their home country. With more than 197 environmentalists murdered in 2017 for championing environmental rights, attendees are afraid the personal information the Polish government collects will be shared and jeopardize their safety at home. Certain groups are hesitant to attend if the bill is not repealed. A Filipino indigenous human rights defender, for example, has received threats from the army several times in her home country, and fears this bill would endanger her life even further.

There has been a group of attending organizations calling on the UN, EU members, and  Poland to repeal the law to protect human rights. Several ongoing environmental disputes in Poland might have induced this law in order to avoid unwanted protests. The UN should be actively trying to repeal the law, as it violates fundamental human rights; environmentalists should not feel unsafe for voicing their concerns at an event where that is exactly the purpose. Sign the petition below to urge the UN to help repeal this law.

The international climate change Conference of the Parties is being held in Poland this year. With experts, environmentalists, NGOs, businesses, and the UN Framework Convention on Climate Change attending, there will be exchanges of ideas and opinions that will require spontaneous assemblies. However, Poland has passed a law–which has not been addressed by the UN–that prohibits spontaneous assemblies and subjects attendees to surveillance. Furthermore, the government has the power to collect personal information without the attendees’ consent, which is alarming for environmentalists who face scrutiny in their home countries.

In 2017 alone, 197 environmentalists were murdered for protecting lands, resources, and human rights. The United Nations was founded on the premise of protecting human rights and this has extended to environmental rights throughout the years. The climate change conference should be a safe space to discuss how we can be better stewards over the the planet and its resources, how we can protect environmental rights and preserve endangered communities. Mr. Guterres, I urge you to speak out against this law that bans the freedoms of assembly, speech, and association or move the conference to another location.