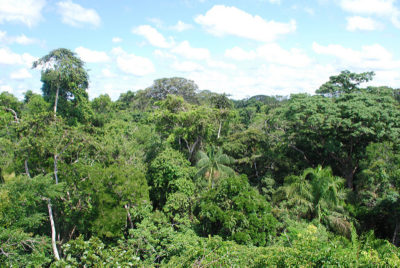 More than five million acres in the Peruvian Amazon have been destroyed by deforestation in a span of only 15 years. This rampant destruction has killed the habitats of countless endangered species.

The causes of this deforestation range from agriculture and livestock to logging and mining. Peru contains roughly 70 percent of the world’s biodiversity. This means any habitat destruction will have dire effects on the world’s ecosystems.

As a nation boasting the second-largest amount of Amazon rainforest in the world, Peru should be doing more to protect this rare and endangered natural treasure. Sign the petition to demand that Peru take immediate action to bring this destructive deforestation to an end.

Peru is home to the second-largest amount of Amazon rainforest in the world, yet it is doing little to protect this rare and treasured piece of the natural world. More than five million acres have been destroyed in only 15 years, and this is bound to increase.

Mining, agriculture, and logging, allowed to run rampant, are the major causes of this deforestation. Something must be done immediately to protect the rainforests, the habitats, and the biodiversity of your nation. I demand that you and your government take action to end deforestation in the Amazon.