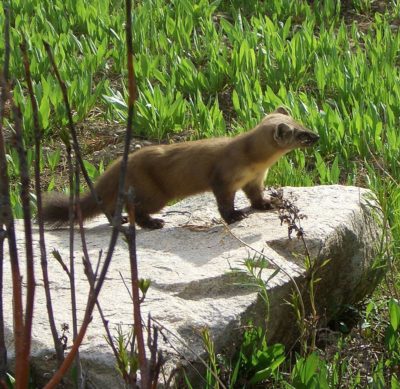 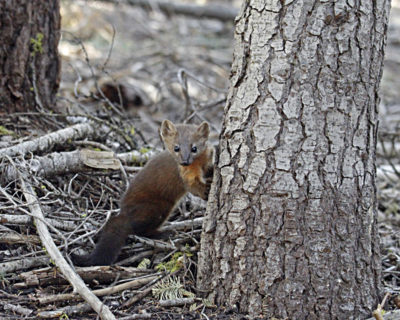 Studies warn that Pacific martens in Oregon could face extinction within the next few decades if conservation efforts aren’t made. Found in remote forest habitats in coastal Oregon and Northern California, marten populations have been sparse across the board ever since they reemerged in 1996. Numbers have drastically dwindled due to trapping, roadside fatalities, and habitat destruction. In 2015, conservationists petitioned to put the species back on the endangered species list, but the U.S. Fish and Wildlife Service deemed it ¨unwarranted.¨ This is what needs to change.

Ongoing research at the U.S. Forest Service’s Pacific Northwest Research Station led by Katie Moriarty shows that there’s one community around the Oregon Dunes that’s especially vulnerable to extermination. What she discovered were restrictive living spaces for martens to inhabit with the nearby Highway 101 serving as a barricade. Considering that Pacific martens were considered extinct for 50 years, they deserve our utmost protection. The first step to saving them involves guaranteeing federal recognition of their endangered status. Take action by signing the petition.

Reports from the U.S. Forest Pacific Northwest Research Station in Oregon say a population of Pacific marten will soon perish if they aren’t properly cared for. Wildlife expert Katie Moriarty from the U.S. Forest Service’s Pacific Northwest Research Station is currently monitoring a richness (collective of martens) where only 71 adult martens remain in two small communities by the Umpqua River. One of the groups south of the river faces up to 99 percent risk of extinction according to the wildlife organization. All of this is due to habitat loss and human action.

Believed to have been extinct for 50 years, this rare species of marten only reappeared in 1996. Not having them federally classified as endangered seems ludicrous based on their legacy. Seeing that your committee expects to redetermine the Pacific marten’s status in October 2018, please understand that their survival depends on their inclusion into federal programs. Such classification will increase the likelihood of obtaining more lands for their future occupancy. Legal protections are essential for subpopulations around the Umpqua River to interact and reproduce at higher rates.