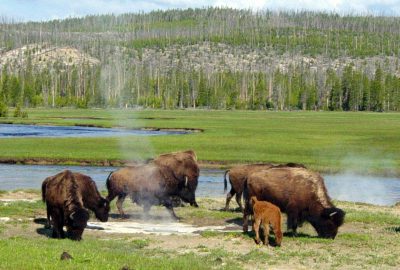 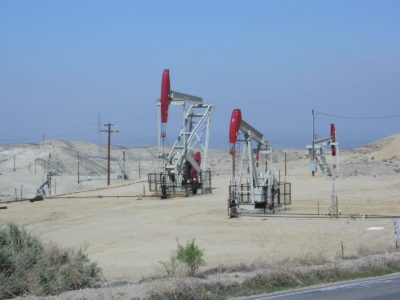 An oil well on the Fort Peck Reservation in northeastern Montana failed, spilling an unknown quantity of oil and contaminants into the environment in an area that is already marginalized. Even without the well in active operation, environmental impacts occurred, and the company responsible, Anadarko Minerals, Inc., needs to be held accountable. Days after the event, there has still been no action on Anadarko’s part or any indication of the time and cost for the required cleanup.

The duration and extent of the spill and its impacts are unknown at this time, even days later. The date and cause of the spill is not known because the company was not actively monitoring the well, since it was not operational. However, what is known is that the well discharged approximately 600 barrels of oil and 90,000 barrels of brine and extended over 200 yards to a pond used to water livestock. This pond at a minimum will likely need to be drained to eliminate the contamination. It is also likely that the oil and brine have impacted the surrounding soils. In short, the spill has endangered the reservation’s water quality and residents’ livelihood, and still nothing has been done to fix it.

Marginalized areas, such as Native American reservations, are often impacted by companies looking to make a profit without caring about the consequences. Sign the petition to encourage swift responsible action by Anadarko Minerals to clean up the environmental contamination as efficiently as if it was in their own backyard.

The lack of response on the part of Anadarko Minerals, Inc. regarding the oil spill on the Fort Peck Reservation in Montana is simply unacceptable. The spill was reported on April 27th, and days later, still nothing has been done, and no indication has been made by your company as to the extent of the contamination or the mitigation measures necessary.

The lack of transparency regarding this latest spill is sadly not surprising. The Fort Peck Tribes have long been vocal opponents of oil development. Communities that oppose your work take a backseat to your priorities, even when directly impacted by your actions. Not only does the complete inaction on your company’s part prove their point about these environmental disasters, but now it threatens their water quality and livelihood. This marginalized community is one of many that have known what companies like yours don’t want to admit – that there are potentially significant risks to human health and the environment caused by oil production, even inactive wells.

Oil companies need to take responsibility for the consequences of their business practices before irreparable harm is done. Stop taking advantage of marginalized communities in order to make a profit. Take action now to clean up this latest disaster.

Target: Brian Morris, Judge for the District of Montana

A Montana court delivered a heroic ruling recently and saved over 15 million acres of land from being turned into coal mines and oil refineries. A proposal by the Bureau of Land Management would have desecrated sacred land in Montana and Wyoming.

Thanks to efforts by conservation groups, the case made it to court in Montana, where Judge Brian Morris ruled the proposal to be unlawful. The case took several years to fight and was an uphill battle for the defense, but thanks to Judge Morris and all of the environmental groups involved, Montana and Wyoming will remain beautiful. Sign this petition below to thank Judge Morris for his tremendous decision.

Thank you for allowing pristine land to remain beautiful under environmental protection. By ruling this proposal unlawful, you have set a precedent as we shift towards renewable energy. Now, when land groups seek to desecrate beautiful land, they will have an exceedingly more difficult time doing so.

If judges like you continue to protect our environment in the age of Trump and the Pruitt-led EPA, then our planet stands a chance of survival. With an administration so determined to kill the planet, decisions like yours make all of the difference.