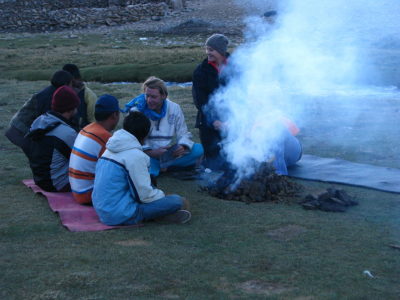 Researchers have modeled concentrations of ozone and particulate matter in the air across India and correlated these to premature mortality. Of the 7.6 million air pollution-related deaths per year worldwide, one million are estimated in India. The majority of these premature deaths are in rural populations from circulatory and respiratory conditions due to low air quality. Although the rural areas lack the industry and high transportation numbers generally associated with significant air pollution, rural areas experience other contributors such as indoor cooking over open flame and rural energy fueled primarily by wood, dung, or biomass. These, in addition to the pollution from factories and increasing use of cars in urban areas, contribute significantly to India’s air pollution, which disproportionately impacts often overlooked rural populations.

Monitoring and regulations associated with tracking and minimizing air pollution often focus on industrial and/or urban areas. However, as is the case in India, rural populations suffer as much if not more from the ill effects of poor air quality. Sign the petition to encourage Indian officials to focus pollution control efforts on their rural populations.

Industry, increased transportation, and the use of wood, dung, and biomass as fuel in rural areas is polluting India’s air. An estimated one million Indians die prematurely every year due to circulatory or respiratory conditions related to toxic air pollution. Many come from rural areas of India, where 70% of your population is living. Yet most of the resources and research on the effect of air pollution is focused on urban areas. This leaves the majority of your populations vulnerable to the adverse health effects of increased ozone and particulates in the air, taking an average of 3.4 years off the average lifespan of your citizens. Industry and transportation are often targeted in urban areas as the major polluters, but the burning of wood, dung, and biomass as primary fuel sources in rural areas are significant contributors to declining air quality.

Monitoring and research is required to understand and evaluate the health effects of inhaling these toxic pollutants. Education will also help in reducing the significant contributors to air pollution from rural life. Minister Vardhan, please, focus resources on curbing air pollution not just in urban areas but in rural areas, where the majority of India’s population suffers. 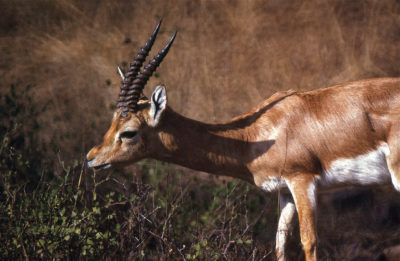 A famous Bollywood star in India has been sentenced to five years in prison and fined $153 for poaching a species of protected Indian antelope. It is believed that the actor, Salman Khan, and four other actors were present in the car during the incident in 1998, but fled when caught, leaving the dead animals behind. The other actors were found not guilty due to lack of evidence.

Without a special permit, most wildlife species are off limits to hunters in India. Khan was arrested for hunting two antelopes and three other gazelles, and eight years later, he was convicted of killing the antelopes. The charges hung over him for the next decade, but in 2016, he was found not guilty of poaching the gazelles. The allegations first came from a witness who wrote down the vehicle number as it sped away from the scene. In 2018, finally, Khan was found guilty of illegal poaching.

Because of his status and affluence, Khan continues to be showered with affection from his fans. Although he has a history in court for drunken misbehavior, domestic abuse, and a fatal hit-and-run, his male followers empathize with him, claiming that he is only a human male who makes mistakes. This is a toxic attitude, but sentencing him to prison and issuing a fine signals that not even celebrities should walk free if they violate wildlife laws. Sign the petition below to praise the Rajasthan High Court for protecting wildlife and enforcing laws regardless of status.

Salman Khan, a famous Bollywood actor, has been sentenced to five years in prison and fined for illegal hunting in 1998. While filming a scene, Khan (and allegedly several other actors) killed the animals, which were then a vulnerable and protected species. While the other actors were acquitted, Khan is going to pay the price for harming wildlife.

Celebrities should not be given a free pass when it comes to following wildlife regulations. Although Khan’s fans still adore him after allegations and instances of domestic abuse, drunken misbehavior, a fatal hit-and-run, and illegal poaching, I am glad that the court is serving justice for wrongly killed animals. I applaud your efforts in enforcing wildlife laws, even for citizens of high social and economic status. With this guilty verdict, India demonstrates that it does not tolerate illegal hunting and will do what it takes to protect wildlife.