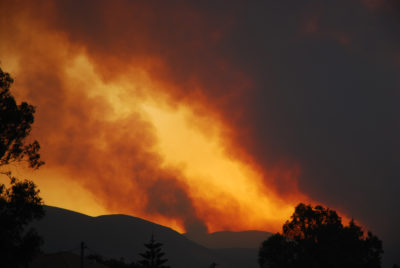 The citizens of Greece are suffering from the devastation left in the wake of the nation’s worst wildfire in a century. Large portions of Greece have been ravaged by wildfires over the past several weeks, with the death count rising to 91. Hundreds of other citizens have lost their homes and businesses, and just as many acres of forests have been burnt to the ground. Reports have stated that the most recent fire near the coast of Athens is considered “the deadliest wildfire in Europe since 1900.”

To make matters worse, the government is blaming an alleged arsonist, despite there being no hard evidence of such in the area of the latest fire. The population, including the firefighters, are outraged by the government’s complacency in their ill-preparedness for such a disaster. Currently, there seem to be no plans as to how to stop the fires or aid those affected by them. The death toll is already beyond too high, and will only climb higher if nothing is done.

While we cannot bring back those who have died in the blazes, there is still ample time to send aid and support to the survivors whose lives have been damaged, as well as time to help slow the spread of these fires. Sign this petition to demand the United States send their aid in Greece’s time of crisis.

Greece is currently being ravaged by the worst wildfires Europe has seen since 1900, with 91 people dead and countless others suffering the losses of loved ones, homes, and even businesses. The Greek government has yet to offer any solutions to this problem, most notably safer escape routes or even an apology for allowing the situation to reach this level.

The United States must send aid to Greece in such a dangerous time. Foreign relations and aid are critical during such a turbulent political era in general, and we have always prided ourselves on being willing to help other countries when they need it most. Greece does not deserve to suffer any more losses. The people need all the assistance and support they can get. Send aid to them as soon as possible.