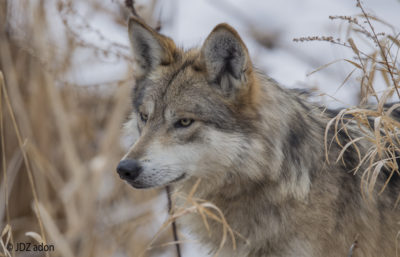 Goal: Punish man charged with shooting and killing a wild wolf in Denmark.

One of the first wild wolves to return to Denmark after two centuries is dead. A 66-year-old man, name unknown, has been charged with the murder after reportedly being caught on video; he reportedly shot the wolf from the safety of his car, despite the animal not behaving aggressively or posing a threat. Reports claim the shooter displayed no reason beyond a “hatred for wolves.”

This is unacceptable. Wolves are an endangered species across the globe, and the loss of even one after their return to a location could compromise their numbers. Only a handful have made their return to Denmark within the past few months, but the country continues to cultivate the image of wolves as dangerous predators out for blood. This harmful stereotype has led to the deaths of many wolves over the years, especially in this decade alone. Thanks to the alleged actions of one hateful person, the return of Denmark’s wolf population has been compromised.

This man must face justice for his alleged crime against an endangered species, and be made an example for anyone else who may consider harming a wolf in the future. Sign this petition to demand the alleged culprit be punished accordingly.

An elderly man has been charged with killing one of the first wolves to return to Denmark after over 200 years. Reports state that the man allegedly shot the wolf from inside his car, despite the animal not showing any signs of aggression or threat towards him; the only possible reason appeared to be a hatred for the species.

You must ensure that this man faces justice. Wolves are already a highly threatened species, especially in Europe. When a species is in this much danger, the loss of even one will compromise their revival; Denmark’s wolf population may never return to its former glory thanks to the alleged cruel and selfish actions of this man. Please see to it that he is punished accordingly for his alleged actions and serves as an example for anyone else who may attempt to harm Denmark’s wolves in the future. The population must be protected from such hateful acts.