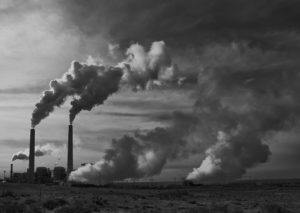 Colorado’s biggest energy supplier just announced a huge victory for the clean energy sector, when they detailed a plan to remove 2 coal plants from Southern Colorado. The removal of the plants isn’t all, though, the company plans to replace the plants with the largest clean energy package ever to replace a coal plant. On top of all that, the plan is scheduled to save ratepayers over 200 million dollars.

This news is a huge step for Midwestern states like Colorado, who have relied heavily on fracking and coal plants for far too long. As Colorado pledges themselves for clean energy, neighboring states like Wyoming and New Mexico have reason to follow in their footsteps. Victories like this have a snowball effect and should be congratulated. Sign the petition below to thank the CEO of Xcel for getting the ball rolling.

Thank you for embracing the new generations of energetic possibilities. It is not every day that a major utility commits to shifting from coal to renewable energy, but Xcel appears to be doing this with its recently-announced decision to replace two coal plants in Colorado with renewables. Decisions like yours are crucial to implementing a reform to our energy industry.

If every energy manufacturer were like you, we would already be completely energy self sufficient. Thank you for choosing the future and for doing away with our archaic coal plants, one at a time. We thank you for your service to the environment.