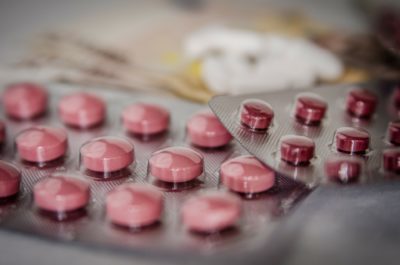 Trace amounts of prescriptions, including everything from narcotics like Hydrocodone to mood stabilizers and antibiotics, have been detected by increasingly sophisticated water testing techniques in the public drinking supplies of over 24 U.S. states since 2011. The potential for this to endanger humans has been indicated by the noticeable effect on wildlife, such as the vulture population in several cities in India being rendered nearly extinct as a result of local drug contamination. The federal government has refused thus far to address this issue or take measures to establish safety laws and regulations on pharmaceutical companies to work toward creating more eco-friendly means of administering their medications. This has to change.

By raising a public outcry about the dangers to our water supply, we can prompt action to eliminate pollution from pharmaceuticals. Take action by signing the petition below.

Pharmaceutical pollution is causing proven and significant damage to both wildlife and public health in several communities, ranging from the Indian white-rumped vulture population being nearly wiped out due to an excess of the drug Diclofenac poisoning their drinking water supply, to synthetic Oestregen traces in wastewater emissions wiping out nearly the entire population of Toronto’s fathead minnows as a result of altered gene expression. Endocrine disruptors found in hormone supplements have resulted in the Potomac river’s population of male bass to begin producing eggs, and the effects of such contamination on humans have never been researched or determined.

Short-term solutions include funding for more prolific medication take-back programs, particularly throughout rural areas in which patients may be more inclined to flush their unwanted medications as opposed to traveling long distances to dispose of them properly, or even establishing a mobile service intended to collect “waste drugs” and dispose of them in environmentally sound ways to avoid wastewater and drinking water contamination. These are, however, only a scratch upon the surface of the problem.

The federal government has refused to acknowledge or take steps toward establishing regulations necessary to prevent the extinction of any one of the many species directly threatened by trace medication pollution in water supplies throughout the U.S. and globally. Research must be funded and conducted to determine the most effective means of regulating and eradicating drug pollution in public waters, as the more the pharmaceutical industry develops and produces stronger and more effective medications, the worse the effects of water pollution will become. The first step is addressing the issue, and we urge you to start there.