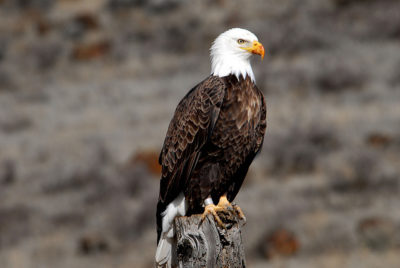 Goal: Don’t put a price on the protection of endangered species.

Endangered species not deemed “economical” may soon be left for dead. The Trump Administration is proposing changes to the federal Endangered Species Act that would decide the fate of a species based on monetary factors, not scientific ones.

These changes came about after complaints from the logging, mining, and farming industries who argued the Endangered Species Act was making it hard to profitably continue business. This will put gray wolves, whales, and even the bald eagle, our national bird, at risk.

While proponents of these changes say they will give a boost to the economy, what they fail to realize is endangered species actually add economic value to our country by improving land, air, and water quality. Meanwhile, a price can never be placed on the value of living things. Sign the petition to demand that the Trump Administration abandon these plans.

Endangered species may soon be left for dead if they’re not considered “valuable.” Logging, mining, and farming industries feel burdened by “limitations” of the Endangered Species Act and ask that they be lightened to allow for industry to profit.

However, whatever gains are made in industry will quickly be eliminated by the irreparable damage to our land, water, and air. A price cannot be placed on the future of living beings. I demand that you abandon these plans to alter the Endangered Species Act.