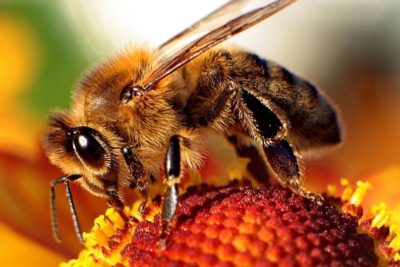 Goal: Stop the Trump administration from lifting ban on pesticides linked to the declining bee population.

An Obama-era ban on pesticides has been lifted by the Trump administration, endangering the already at-risk bee population even further. Neonicotinoid pesticides, which are banned in the United Kingdom, were once outlawed in the United States as well, but are now being allowed “to ensure adequate forage for migratory birds” such as ducks and geese. The move also aids farming practices via the use of GMOs consistently found in neonicotinoids.

This move could wipe out the bee population for good if not stopped immediately, leading to the breakdown of the ecosystem. Bees are pollinators, responsible for spreading seeds across the land and aiding in the growth of plants and trees worldwide; without them, flora growth will suffer a harsh loss. Worse, the use of these lethal pesticides and crops modified to contain them will negatively effect human consumption of foods such as corn and soybeans, which are among the most genetically modified plants on earth.

We cannot allow the complete destruction of all bee life in the United States. Sign this petition to demand the Trump administration replace the ban on neonicotinoids immediately.

Your administration’s rollback of the neonicotinoid ban is dangerous and unethical. These pesticides are toxic to all living beings, but especially to the already endangered bee population. Bees are highly important to the ecosystem due to their roles as pollinators; without them, we will suffer a great loss of important trees and flora.

The excuse that hunters and farmers need these toxic chemicals is unacceptable. Not only is excessive hunting of wildfowl illegal in the United States, but the farming industry does not need a boost the way wildlife does. You cannot put the entire planet’s bees at risk to help hunters and farmers make a larger profit. Put the neonicotinoids ban back in place immediately.