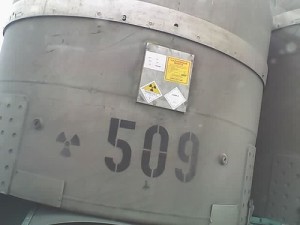 Nuclear waste may soon be buried beneath national parks in the UK. Members of Parliament apparently see this as “the only permanent solution” to the huge amounts of waste created by power plants and fracking. Previous plans to build an underground waste storage site were rejected in 2013, but new plans have been published and are currently being supported.

Burying such toxic, dangerous materials underground is the worst possible idea, especially burying them under national parks that should be protected from such defilement. These parks are national treasures, not only for the natural beauty found within them, but because they are also home to many species of wildlife who would suffer the negative effects of toxic waste burial. Humans living near these parks would suffer similar negative repercussions, and no matter how deep the waste was buried, it would still contaminate the soil and water alike.

Right now, the effort to protect national parks seems vast due to the many factors threatening them, but preventive measures are a step in the right direction. Sign this petition to stop the burial of nuclear waste beneath UK park sites.

Dear Your Excellency Prime Minister May,

Parliament members have published new plans to bury nuclear waste under national park sites. These plans have gained support, being seen as “the only permanent solution” to the problem of waste created by fracking and power plants. These underground burial sites would not only defile the natural beauty of these parks, but would harm all living beings located in or near them due to contamination of the soil and water.

You must reject these plans immediately and prevent any new ones from being formed. National parks are too important to any country for a multitude of reasons, and we cannot risk them for a quick solution to a problem that should not even exist. Right now, the first step towards ending this problem is preventive measures against worsening them. Do not allow these plans for the defilement of the United Kingdom’s national parks to follow through.