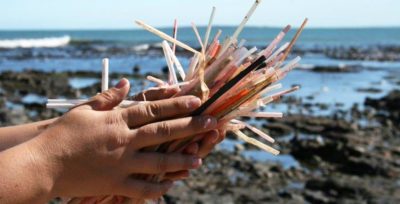 Goal: Protect our environment by banning plastic straws at all U.S. locations.

McDonald’s recently announced plans to ban plastic straws in all of its U.K. and Ireland restaurants, but there has been no news on plans to phase out these environmentally damaging plastics in U.S. locations. Experts have been warning that plastic straws are polluting and harming the world’s oceans and that banning them could present a simple solution to the problem. In the U.S. alone, it is estimated that 500 million straws are used every single day. Eight million tons of plastic flow into the ocean each year. In fact, one study reports that among the total weight of pollution are 8.3 billion plastic straws.

Straws have taken the focus of environmentally conscious individuals who are hoping to take major steps forward in the protection of our environment. For the able-bodied person, straws are unnecessary. Sign this petition to urge McDonald’s to commit to banning plastic straws in their U.S  chains.

You have already made a commitment to banning plastic straws in all of the McDonald’s locations in the U.K. and Ireland. However, the issue of plastic pollution is tremendous and further reach by influential companies like yours is necessary. There are over 500 million straws used every single day, and of those, 8.3 billion find their way into the world’s oceans in the course of a year. This straw pollution contributes to the eight million tons of plastic that pollute our oceans on a yearly basis.

For the majority of consumers, plastic straws are not a necessity. I urge you to commit to banning plastic straws at McDonald’s restaurants throughout the United States.