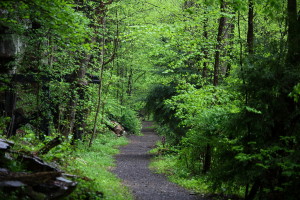 Finally, a program on which most American can agree: a program that happens to champion conservation of America’s most cherished lands. The Land and Water Conservation Fund ensures protections for federal lands and natural resources while enabling individuals to enjoy these lands in recreational yet environmentally safe ways. It has earned broad support from all sides of the political spectrum. In a little over two months, however, this popular conservation effort could be extinguished because of political maneuvering.

The fund, established in the 1960s, is arguably one of the only positive by-products of offshore drilling. For the past five decades, monies raised from such drilling projects have been infused into the LWCF. These funds are then used by the government to acquire lands for national parks, to maintain local and state parks and other lands, and to create nature-based activities such as hiking trails. As none of these projects come from taxpayer dollars and may in fact bolster local economies, the LWCF is very popular amongst the general population. Even most Congress members agree that the program is beneficial, although some critics want more funds to be allocated for maintenance rather than land acquisition.

Despite this widespread support, a Trump-backed proposal that would have significantly decreased funding for the LWCF was only narrowly defeated. Further, some opportunistic members of Congress still want to withhold funding so they can use this program for political leverage on more contentious issues.  Congress needs to know that the future of environmental conservation is not a bargaining chip. Several bipartisan legislative proposals have been introduced to give this critical conservation effort permanent authorization and funding.

Demand our lawmakers provide the Land and Water Conservation Fund the rebirth and renewal that it has gifted our most valued lands.

From the trails of Appalachia to the wonders of the Grand Canyon, Americans nationwide enjoy and respect our rich natural heritage. For five decades, the Land and Water Conservation Fund has ensured the livelihood of these awe-inspiring sites and so many more large and small. On September 30, this popular program will expire, unless Congress acts in good faith to protect an initiative that protects our natural world.

Recent Congressional history with the LWCF has proven spotty at best. Some criticize the program for prioritizing acquisition more than maintenance, yet Congress has routinely failed to heed calls to clarify language in the program that could help equalize allocation of funds. Calls for reform have not led to outright condemnation of the program, as it remains very popular among both local and national officials. Despite this popularity, members of Congress still attempt to hold this program hostage and tie it to less popular legislation. Worst of all, this Congress very nearly approved a bill that would have gutted funding for a program that not only helps conservation efforts but that reportedly produces nearly a trillion dollars in economic stimulus.

Your colleagues Senator Richard Burr and Senator Maria Cantwell recently spearheaded one of many efforts to provide the LWCF permanent reauthorization. Supporting such an effort would not only support a majority of your colleagues but also support constituents nationwide who enjoy and benefit from the fruits of the LWCF.