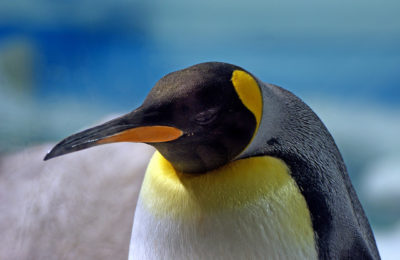 Target: Inger Andersen, Director General of the International Union for Conservation of Nature

Goal: Reevaluate the conservation status of king penguins after drastic drop in population.

Scientists studying king penguins living on the remote island of Ile Aux Cochon, a French territory between the southern tip of Africa and Antarctica, are sounding the alarm that these creatures are in serious trouble. With an estimated 200,000 birds remaining on the island, a mere 10 percent of the population just three decades ago, they are now calling on the International Union for Conservation of Nature (IUCN) to add this species to their “red list” of threatened and endangered wildlife.

Penguins are known for maintaining stable colonies for many decades, making it unlikely that these birds have gone somewhere else. This means that the most likely explanation for the colony’s collapse is that these birds have either died off or that they have been unsuccessful in reproducing, perhaps as a result of climate change.

The colony at Ile Aux Cochon is thought to represent at least a third of the global population of king penguins. Now that so many have disappeared, the time has come to reevaluate this species’ conservation status, which is still considered by the IUCN to be “least concern.” Sign this petition to urge this international board to add this declining species to their red list of threatened and endangered species so they can receive the additional protection they deserve.

The number of king penguins living on the French-controlled island of Ile Aux Cochon has declined by nearly 90 percent, perhaps as a result of poor breeding success linked to climate change. As this island’s colony is thought to be home to at least a third of the world’s king penguins, this drastic population drop is a real cause for concern that demands a reevaluation of their current conservation status.

If these birds are indeed threatened by global warming, adding them to the IUCN’s red list could put additional pressure on nations worldwide to increase their efforts to combat the harmful effects of excessive carbon emissions and other forms of pollution. Please look into the scientific evidence regarding the outlook for this species and the threats they face, and act accordingly before it is too late.