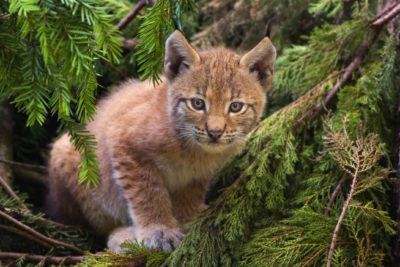 Goal: Ensure that the Munella Mountain region is made into a protected habitat for Balkan lynx.

Albanian environmentalists are trying to save the estimated 40 Balkan lynx that remain in the remote region around Munella Mountain. However, because this area is not yet recognized as a protected habitat, the future of this critically endangered species is at risk.

One of the many threats lynx living around Munella Mountain face is a large copper plant that poses a severe environmental threat while being the area’s largest employer. Lobbyists from the mining industry in Albania have consistently shut down attempts in the past to declare Munella Mountain a protected natural preserve, even after the endangered lynx were discovered in the area only as recently as 2011.

While the lynx themselves are legally protected against harm, they cannot survive without having a protected habitat in which to live. Sign this petition to urge Albania to do more to protect its rare wild lynxes by protecting this area as a natural preserve.

Albania is home to an estimated 40 Balkan lynx, all of whom are believed to live in the remote Munella Mountain region despite facing threats from mining, logging and illegal hunting in the area. Although this species is making a slow recovery, Balkan lynx are recognized by the International Union for Conservation of Nature (IUCN) as critically endangered and need our help if they are to survive. With so few lynx remaining in both Albania and Macedonia, each cat’s life is precious and must be preserved.

Although the lynx have only recently been rediscovered in the Munella Mountain area, lobbyists from the mining industry have already blocked efforts numerous times to establish a protected habitat for these cats. While copper mining is a major employer for the region, there is a potential for ecotourism and jobs related to conservation to also help the local economy if this area is made into a preserve. We, the undersigned, urge you to find ways to help these lynx coexist with people and to do what you can to ensure their long-term survival by establishing a natural preserve in this region.