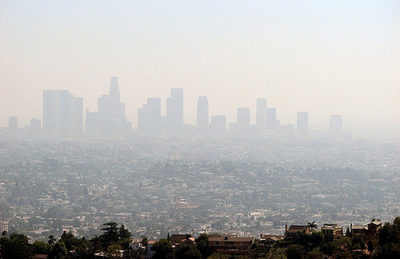 Target: Donald Trump, President of the United States of America

The Trump administration appears to be hard at work on dismantling regulations nationwide aimed at curbing greenhouse gases and ensuring Americans have clean and breathable air. The United States Environmental Protection Agency (EPA) is expected to announce a plan that will prevent California from enforcing its own vehicle emissions laws that have helped cut harmful smog significantly statewide, as well as other rules intended to boost vehicle fuel efficiency.

This plan, if announced, could result in a dangerous increase in air pollution that has been linked to preventable health issues ranging from heart disease to premature births. Even car manufacturers oppose the idea of rolling back these changes, as it could hold up production on vehicles currently being made to meet the Obama-era fuel efficiency standards.

Although many of Trump’s conservative supporters claim to support the idea of ‘state’s rights’, Trump’s attack on California’s clean air laws would greatly reduce this state’s ability to make and enforce its own environmental policies. This, combined with any other attempts to roll back fuel efficiency laws nationwide, could be disastrous for America’s efforts to curb air pollution and fight climate change. Sign this petition to oppose Trump’s plan to block states from enforcing their own climate laws and to roll back federal fuel efficiency standards.

I am writing to express my opposition to any proposed plans that would limit the ability of states like California to make and enforce their own climate and air pollution laws, as well as any plans that would reverse federal fuel efficiency standards. Toxic carbon emissions from vehicles are harmful not just to the environment, but to human health as well.

It is unconscionable to take actions that will certainly expose millions of Americans to unhealthy air, which could result in increased rates for both heart disease and premature births. Environmental regulations on vehicle emissions, whether they are on a state or federal level, are necessary to protect the future health and stability of America. That is why I am urging you not to roll back any of these environmental protections or force states to abandon their own climate change initiatives.