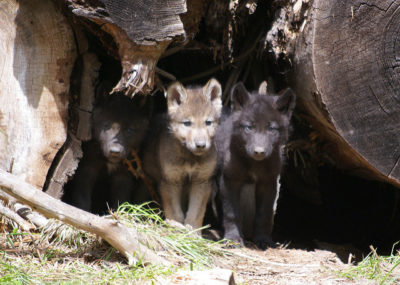 Goal: Fight against measures that would remove protections for thousands of endangered animals.

July has marked a busy month for Republican lawmakers on the attack, but not on the issues that should matter. Rather, in the last few weeks, efforts have been advanced through Congress to slash funding to the tune of half a billion dollars for environmental and wildlife conservation efforts. In a related move, the gray wolf has moved one step closer to losing its federal protections. Yet this endangered animal may not be alone, as the Trump administration and Congressional allies’ latest attack strikes at the very heart of the only federal law that shields endangered species.

In a supposed maneuver to “balance the interests of all parties involved in and affected by species and habitat listings” – aka special interest groups –Republican representative Paul Gosar spearheaded a package of bills that would essentially nullify key portions of the Endangered Species Act. Oversight and regulations regarding species would move primarily to the states, and the 2,000-plus species that have benefited from federal protections since the act’s introduction would lose a critical shield in the process.

New rules would also strip many of the habitats occupied by endangered species of protection, giving agencies like the National Fish and Wildlife Service (agencies now filled with former lobbyists and corporate special interests) authority to roll back protections in the name of “economic impact.” Even a seemingly unrelated defense authorization bill contains, according to those with knowledge of the bill, several amendments that could harm wildlife and environmental conservation.

While similar efforts to weaken and ultimately defeat the Endangered Species Act have failed, with an administration and a majority Congress hostile to environmental values in full control of government, this popular act has arguably never faced greater peril.

Sign this petition to demand Congress stop sacrificing our vulnerable wildlife for profit and political gain.

What do the words threatened and endangered mean to you?

Do these words imply imminent danger and fear of harm or, in the worst cases, death? When we hear these words, we typically raise our defenses and seek protection from any potential dangers or threats. Yet in the latest of a long line of proposals aimed at gutting one of our most enduring laws, the aforementioned words have been stripped of their power…their warning.

If the set of more than a dozen bills targeting the Endangered Species Act come to fruition, animals—many numbering in the thousands if not hundreds—will face seemingly insurmountable difficulty in receiving the classification of threatened or endangered.  Therefore, they will likely lose much of the protections that come with these distinctions.

Further, the very scientists and professionals who know the plight of these animals better than anyone will see their voice ceded to corporate or other special interests. States that are ill-equipped and under-informed to make literal life-and-death decisions that could alter the fate of an entire species will have the strongest hand in making these decisions.

Worst of all, countless natural treasures, from the smallest beetles to the most magnificent wolves, may soon become just a faded picture in a science book. You may be thinking of short-term gain, but do you truly want the erosion and eradication of our natural world to be your legacy 100 years from now?