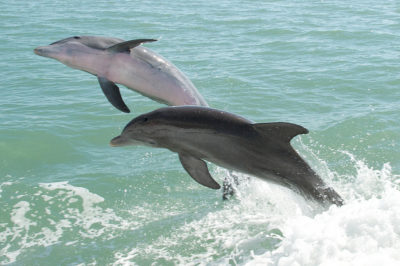 Target: His Excellency Donald Tusk, President of the European Council

Goal: Do not let protection for Europe’s dolphins and seabirds falter due to Brexit.

The advent of Brexit will weaken protection of Europe’s seabird and dolphin populations. The United Kingdom was said to be the strongest voice in fishery reform, which ensured that fewer dolphins or seabirds would get caught in fishing nets. Unfortunately, even with these reforms in place, a total of 600,000 marine mammals and birds still die each year from being caught in the nets, and this number could skyrocket once the UK officially separates from the European Union.

Dolphins are already one of the most vulnerable animals on this planet due to negative changes in the waters such as plastic and oil pollution, as well as being captured and hunted as trophies. Many species of dolphins are nearly extinct, as are many seabirds. Without the influence of the UK on fishery reforms, these species could disappear forever, causing great strain on the ecology of the sea.

Europe’s dolphin and seabird population is in danger of extinction due to Brexit, as the United Kingdom was the strongest voice for fishery reform. Hundreds of thousands of marine mammals and seabirds die of capture in fishing nets every year, even with reforms in place, and the weakening of those reforms could lead to mass extinctions.

You must strengthen the European Union’s voice towards fishery reform. Dolphins are already one of the most vulnerable animals on the planet due to being captured in nets as well as other dangers they face. The loss of even a single species of dolphin or seabird will wreck havoc on the ocean’s delicate ecosystem. Do not allow protection of dolphins and seabirds to weaken with the advent of Brexit.