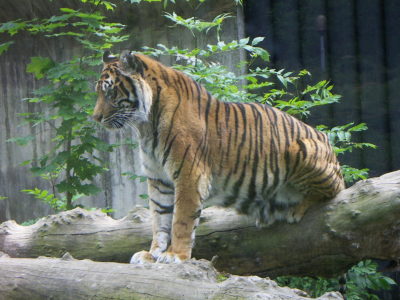 Three men stand accused of having run a horrific tiger slaughterhouse in the Czech Republic to fuel the demand for tiger parts in Asia. It is believed that the tigers they reportedly held in captivity were being killed and dismembered for their skins, bones, claws and other body parts, which are often incorporated in traditional Chinese and Vietnamese medicines.

In a recent raid on the Prague facility, investigators discovered the body of a freshly-killed tiger and many corpses belonging to other cats in various stages of decay, along with equipment to process the parts, including a boiler for producing tiger glue. The investigators believe that for the past few years, the smugglers allegedly raised the tigers, slaughtered them, and covertly sold their parts through various contacts in Vietnam.

Czech officials must ensure that justice is served for these endangered big cats. If these three men are found responsible for operating this trade, they must face the maximum penalty under law to send a message to other would-be tiger farmers. Sign below to demand that Czech authorities ensure that these men face legal charges and that they are punished severely.

The body of a recently-killed tiger, along with at least a dozen other tiger corpses, were discovered in a facility in Prague that investigators believe was being used as an illegal slaughterhouse for the big cats. They have arrested three unidentified men who are awaiting charges for their alleged involvement in the black market trade of tiger parts. We demand justice for these innocent cats who did not deserve to die to fuel this unnecessary trade.

The killing and smuggling of protected species, including tigers, is a major threat to wildlife worldwide. It is vital that these men receive appropriate charges given the extent to which they are believed to have been involved in the illegal tiger trade. We also ask that you seek the maximum penalty in this case if they are found guilty, to send a message that the Czech Republic will not tolerate this barbaric practice.