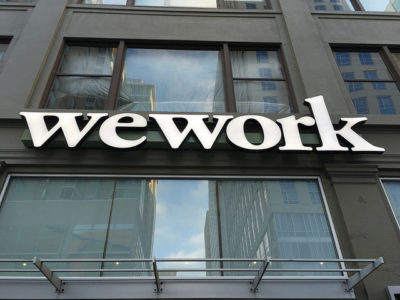 Goal: Provide support for company’s decision to ban meals that include meat.

Office-sharing giant WeWork is hoping to make the world a better, more sustainable place by telling its roughly 253,000 members that they will no longer be able to expense meals that include meat. This is in light of research that has shown that the decision to go vegetarian or vegan is one of the most significant ways that individuals can have a positive impact on the environment.

While many other companies have started to offer more plant-based options for their employees, or have gone partially meat-free (such as promoting ‘meatless Mondays’), it is believed that WeWork is the first international corporation to make such a sweeping ban on meat products. Yet the company’s decision has also been met with some criticism, as some WeWork staff members and other observers worldwide have balked at the idea of being ‘forced’ to give up meat.

The meat and dairy industries are some of the worst contributors to global warming and deforestation worldwide. With more meat alternatives available for consumers than ever before, the need to rely on animal-based food sources is decreasing. We need companies like WeWork to step up and take responsibility. Sign the petition below to applaud this company’s decision and provide your support.

Your company’s ban on meals containing red meat, poultry, and pork is a bold move that could make an enormous impact on the environment for the better. The decision to go meatless not only will save billions of gallons of water and millions of pounds of carbon emissions waste, it could also save the lives of millions of innocent animals. This is a huge, precedent-setting move that is truly a step in the right direction.

We wish to thank you for recognizing the need to make important decisions for the planet’s future at this time. Despite some of the criticism you have recently received regarding the company-wide meat ban, the reality is that plant-based diets are a necessity for a more sustainable future. We, the undersigned, wish to praise you for your forward-thinking and compassionate decision that will help generations come enjoy a greener planet.