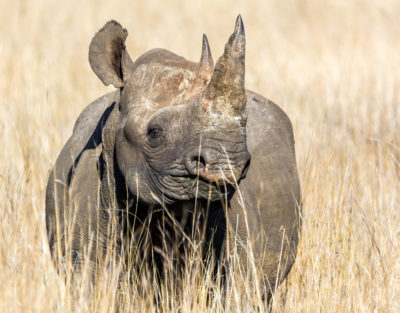 Kenya accounts for more than one-tenth of the critically endangered black rhino population worldwide. In the past month, however, nine of these national treasures were lost in a state-sponsored conservation effort that went horribly wrong. The number lost in just one endeavor eclipses the total number of endangered rhinos killed in similar efforts within the previous twelve years.

The nine fallen rhinos were part of a group of 11 that were being taken to Tsavo East National Park by the Kenya Wildlife Service. Once they reached their new home, eight of the rhinos fell ill and died, with a ninth passing away a short time later. Authorities have theorized the causes of death to range from salt poisoning to heatstroke, but the investigation is ongoing.

This tragedy follows trying times for the beleaguered rhino species. Poachers allegedly murdered three black rhinos a few short months ago in Kenya; the heartless actions of human hunters have already driven the total population of black rhinos down to a little over 5,000. And earlier this year, the world lost its only remaining male northern white rhino, Sudan, to illness.

Help ensure the black rhino does not meet the same bleak fate. Demand Kenyan leaders find justice for the latest casualties and, moreover, do everything within their power to protect a vulnerable species that calls Kenya home.

In the wild, black rhinos face no imminent threats. As a species, these magnificent animals should be thriving. Yet as their numbers have dwindled into the thousands; they stand at the top of the endangered species list: a testament to man’s continued greed and carelessness.

Since Africa remains the only continent in the world where these animals still roam freely, and since  Kenya remains their most prominent home, you have a special gift and an even more special responsibility. Recently, nine black rhinos lost their lives in circumstances that likely could have been avoided with proper care. Please take the investigation into these senseless deaths seriously, and hold those who may be responsible fully accountable.

Most importantly, prioritize a full scope of protections for endangered black rhinos and punish those who would callously steal their lives. Take action before these natural wonders, potentially like the white rhino, are lost forever to history.