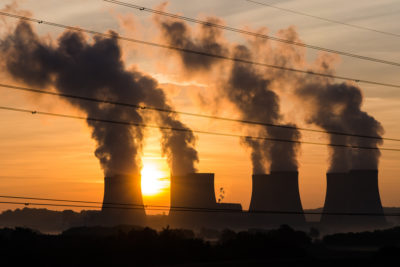 Goal: Ensure that Ireland paves the way to protecting the environment with the use of renewable energy by requiring the government to sell its stakes in fossil fuels.

Ireland is on track to become the first country in the world to divest from fossil fuels, if a bill passes the upper chamber of Parliament. The bill, which has recently passed the lower chamber of Parliament, would require the Irish government to sell its stakes in coal, peat, oil, and gas “as soon as practicable.” According to estimates by the aid organization Trócaire, this will get rid of over $370 million in holdings, setting Ireland on course to combat climate change and meet the conditions of the Paris Agreement.

By divesting itself of interests in fossil fuels, Ireland can focus instead on more sustainable energy sources without any financial conflicts. As Thomas Pringle, the lawmaker behind the bill, states, “Let us show the Irish public and the international community that we are ready to think and act beyond narrow short-term and vested interests, and will take the opportunities that lie ahead of us to bring in real change.” Sign below to demand the passage of this landmark bill that will make Ireland a leader in the protection of our planet.

Ireland is on course to become the first country in the world to divest entirely from fossil fuels, and it is critical that this be seen through. This would be a landmark victory for preserving the environment and combatting climate change. It is vital that this bill be passed as soon as possible.

Although Ireland has not been known for championing renewable energy in the past, this move marks a significant change that will benefit not only Ireland’s reputation but also—and even more importantly—other countries in the world who suffer most from the effects of climate change. As lawmaker Thomas Pringle says, “We must be very clear; people are dying today as a direct result of climate change through the increasingly frequent and intense disasters, through increased hunger, increased water scarcity, and significantly more will die or be forced into displacement if there is not a radical change in direction.” I urge you to ensure the passage of this bill into law and solidify Ireland’s divestment from all fossil fuels.