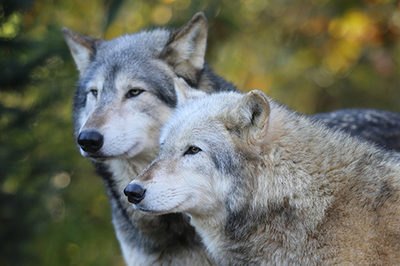 Alaska’s bears and wolves will soon be in danger of needless slaughter. Interior Secretary Ryan Zinke’s plan to roll back protection laws for Alaskan bears and wolves is fast approaching, despite strong opposition from the state itself. The rollback of these Obama-era laws would allow cruel and unethical hunting practices such as baiting, killing hibernating bears, and laying traps for wolves during denning season. This would almost certainly spell the extinction of many different species of bear and wolf, who are already dying out due to unnecessary killings.

The legalization of these practices could lead to the extinction of many species of bear and wolf. Too many of these poor creatures have already been shot with “self-defense” as an excuse, while said creatures were quietly going about their own business and living their lives. Due to their history as predatory animals, bears and wolves have gained an unfair reputation used to justify these killings, and the last thing we need is for such cruelty to become fully legal.

We cannot allow this plan to succeed. Bears and wolves are living creatures that deserve better than to have their lives ended out of human paranoia or for sport. Sign this petition to denand Zinke call off his plan immediately.

Your plan to roll back protection laws for bears and wolves in Alaska is unethical and selfish. Too many of these creatures are ruthlessly killed by humans for sport, or shot while minding their own business with “self-defense” as an excuse. While bears and wolves may have a history as predatory animals, the majority of them would not harm humans unprovoked and are simply trying to live their lives. Additionally, many species of wolf and bear are nearly extinct despite laws set in place to protect them; rolling back these laws entirely would likely result in them disappearing forever.

The state of Alaska firmly opposes these plans to legalize hunting, trapping, baiting, and the killing of hibernating bears. You must respect the wishes of the population and keep protection laws for these animals firmly in place. Do not legalize the wholesale slaughter of innocent creatures for selfish reasons.