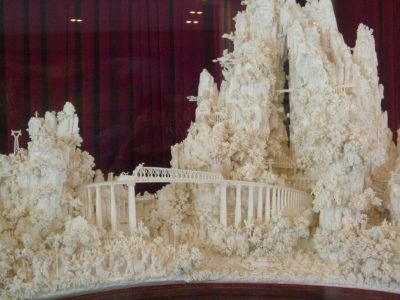 Goal: Crack down further on ivory trade that is decimating wild elephants.

Illegal ivory has been discovered on sale in the United Kingdom, despite an official ban on the sale of ivory introduced fairly recently. Radiocarbon dating tests have shown that at least one fifth of the ivory came from animals killed after the first efforts made to restrict the trade and stop the poaching of elephants and rhinos, in 1989.

These sales are counterproductive and unethical. For years, conservationists and animal welfare groups have been working their hardest to stop the ivory trade for good in order to protect the remaining elephant and rhino populations. The ban introduced in the UK was a great step forward, but those who have found ways to sneak past the radar and break this law are taking our efforts a step backward. Despite our best efforts, people are still finding ways to continue the trade, thus encouraging the slaughter of more elephants and rhinos.

The UK is introducing a new bill to further crack down on the sale of ivory, to hopefully ensure that even under-the-table businesses and sellers will be prevented from encouraging this barbaric trade. We must support this effort and ensure that the government does as well. Sign this petition to demand that the UK government throws all of their support behind this new bill.

Despite a law introduced fairly recently to stop the sale of ivory, objects containing the substance have been discovered on sale in the United Kingdom. The ivory used is confirmed to have come from animals killed after the first restrictions were put in place, and is proof that many are still breaking the law for the sake of profit.

You must throw all of your support behind the bill planned to further crack down on ivory sales. The sale of these items directly contradicts the efforts of conservationists and animal welfare groups to protect elephants and rhinos from extinction due to excessive poaching, and encourages the illegal market to continue its operation. Tighter laws will likely include keeping a sharper eye out for illegal sales, ensuring they are shut down before they can take place. Please support this new bill and help it become a law, for the sake of the elephants and rhinos that still remain.