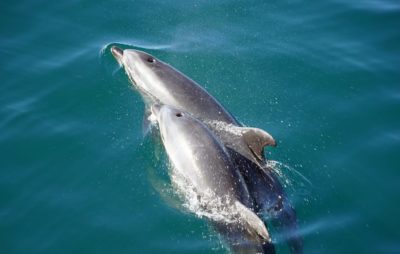 Goal: Revoke permit that would destroy the habitats of endangered dolphins and whales with seabed mining.

A permit has been granted that will allow a company to mine in the seabed of a protected sea mammal habitat. Sign the petition to demand that the government of New Zealand revoke this damaging and dangerous permit immediately.

Endangered whales and dolphins, hunted near extinction for far too long, are now being hunted down in protected waters. However, the weapon is not a spear. It is Ironsands Offshore Mining Limited, which can now legally mine in the West Coast North Island Marine Mammal Sanctuary.

The little shelter endangered sea mammals have will now be destroyed. Sign the petition to demand the government of New Zealand revoke this permit and protect the nation’s endangered species.

A dangerous and deeply damaging permit has just been granted that will condemn endangered sea animals to death. Ironsands Offshore Mining Limited has been given permission to destroy whales’ and dolphins’ protected habitat for mining.

This action is troubling and absurd. Sanctuary is meant to save these animals, but your government’s actions now condemn them to death. All of the hard work of conservationists will be erased forever. I demand you revoke this permit.