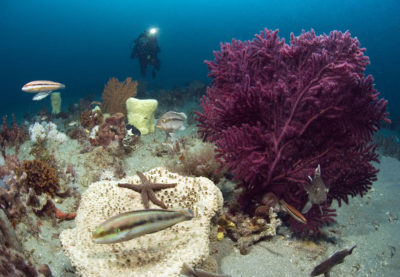 Several krill fishing giants have agreed to halt their activities and support the creation of the world’s largest marine sanctuary. Among them is Aker ASA, a Norwegian company responsible for a large portion of the ocean’s krill shortage; several attempts have been made to convince them to stop their overfishing, including this one on ForceChange. The United Kingdom has also agreed to back this sanctuary, as well as Australia.

This decision is what ocean conservationists have been awaiting for months, after observing the decline in aquatic wildlife and seabirds who subsist on krill. Additionally, krill themselves are instrumental in reducing the carbon dioxide levels by feeding off of and excreting carbon-rich food on the surface of the waters. Not only will this much-needed sanctuary provide food and safety for the ocean’s wildlife, but it will play a small part in reducing the amount of toxic gases in the air.

The struggle of aquatic wildlife and seabirds will finally begin to end, thanks to the gradual increase in their food supply as well as the cleaner air provided by the krill’s feeding habits. Sign this petition to thank Aker ASA for their aid in creating this sanctuary.

Thank you for joining several other krill fishing companies in supporting the creation of the Antarctica marine sanctuary. Thanks to your company’s agreement to halt krill fishing, even temporarily, aquatic mammals and seabirds will no longer suffer from a food shortage. Additionally, the krill’s own feeding habits will aid in the reduction of carbon dioxide in both the air and the water.

The ocean’s ecosystem is very delicate. Many species of aquatic mammals and seabirds are in danger due to various factors, with the loss of their food source being one of the worst struggles they have faced. Thanks to you and other krill fishing companies’ agreement to halt your actions, these creatures will have a chance to survive and repopulate. Your decision is a commendable one, and we are very grateful to you.