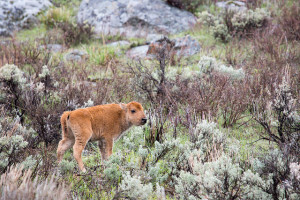 Target: Mary L. Kendall, Deputy Inspector General of the Department of the Interior

“Throughout my career, I’ve never encountered anything like this, ever.” These words, uttered by a conservationist with a four-decades long record of service, echo the sentiments of many environmental advocates and ethical leaders who now serve under an administration hostile to those very values. To date, 16 individuals serving our nation’s federal lands in senior-level positions  received demotions or reassignments; they believe these actions are retaliation for conservation or climate change advocacy. Many more dismissals could follow.

The most high-profile and recent of these questionable maneuvers is the treatment of soon-to-be former Yellowstone Park Superintendent Dan Wenk. This summer, Superintendent Wenk was given a choice: accept a reassignment across the country or resign. Either way, officials wanted the man who has served forty-plus years in national park services out of Yellowstone by August. Wenk chose resignation, believing the reassignment for which he was provided no reasoning resulted from his opposition to a planned reduction of Yellowstone’s bison populations. Moreover, Wenk contends that his dismissal reflects Secretary of the Interior Ryan Zinke’s ambition of prioritizing industry and profit over conservation. The bison initiative is believed to be the result of extensive lobbying from a major livestock group in Zinke’s home base of Montana.

As the conflicts of interest continue in organizations like the Interior Department and the EPA, those who would protect our environment and its wildlife continue to be neutralized. Sign this petition to demand the Interior Department’s investigative branch restore the integrity of the guardians of America’s most beloved lands.

You have received at last count 16 complaints from long-serving Interior Department officials who believe they were the victims of “punitive action” by department leaders. You claimed that you could not take action on these allegations because those responsible did not explain their reasoning for reassignments.

This answer is not good enough. As an investigator, it is your job to ‘investigate’ and to find these answers. Our nation’s most cherished lands, including its first national park, Yellowstone, are on the line. These lands need protectors and advocates that will look out for their best interests, not the interests of the corporate bottom line. Yellowstone’s senior official charges that he was forced into resignation simply because he opposed a controversial policy involving some of the park’s most prominent wildlife. “It’s a hell of a way to be treated at the end of four decades spent trying to do my best for the park service and places like Yellowstone, but that’s how these guys are,” Superintendent Dan Wenk recently said.

Is this how you are? Is the legacy you want to leave one of loyalty to the individuals you are supposed to keep in check, or loyalty to the oath you took when you joined the agency entrusted with protection of our federal lands and its wildlife? The choice is yours.