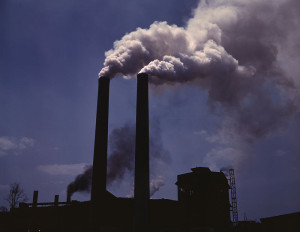 A nine-year-old girl recently died from severe asthma attacks and seizures, which her family and their attorneys have attributed to the increase in air pollution over the past few years. The family’s home was 25 metres from South Circular, one of the most heavily polluted areas in London; they are currently fighting for the implementation of anti-pollution laws all across the UK.

Since 2010, the UK has failed to implement any sort of plans or methods of reducing air pollution, despite being one of the most polluted territories in Europe. At least 40,000 people die of health complications from air pollution every year, especially those with already existing respiratory ailments. Much of this contamination comes from factory smoke and diesel vehicles, the latter of whose nitrogen dioxide levels were consistently above the legal limit and which the child was regularly exposed to.

Ella Kissi-Debrah deserves to be more than just the latest victim of polluted air in the United Kingdom. Her family and their attorneys are fighting to ensure that the pollution laws are improved; this will not bring back their daughter, but it will prevent future deaths. Sign this petition to support this demand.

A young girl’s death from asthma-related complications is the latest in a steady stream of air pollution-related deaths for the past several years. The girl’s family resided 25 metres from one of the most heavily polluted areas in London, where she was exposed to illegal levels of nitrogen dioxide from diesel vehicles on a daily basis; this led to worsening asthma symptoms in addition to seizures.

Ella Kissi-Debrah’s family and their attorneys are making the link between the child’s death and the increasing levels of air pollution, and you must aid them by implementing new anti-pollution laws. At least 40,000 people per year die from health complications from this pollution, as the United Kingdom is one of the most polluted territories in Europe. You must implement new laws immediately; this will not being back those who have died, but they will prevent future deaths.