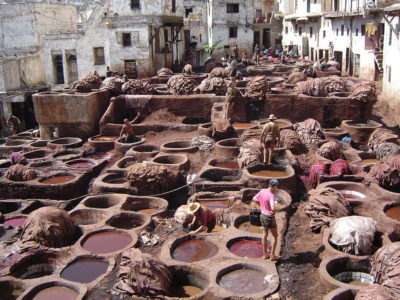 Goal: Bring an end to pollution in the leather industry.

The leather industry is spilling unknown amounts of toxic chemicals into valuable sources of drinking water, threatening the lives of families in Bangladesh. Sign the petition to demand that the government take immediate steps to end this pollution.

More than 150 tanneries once stood along the banks of the Buriganga River. However, the government shut them down when it was discovered that 180,000 citizens had poisoned water because of them. Despite these actions, tanneries have once again opened up alongside another river less than one year later. Another hundred thousand citizens will be poisoned.

Like it did before, the government of Bangladesh must protect the lives and health of its citizens. Demand the government act now to shut down the tanneries and end the pollution of its nation’s water.

Less than a year after you shut down over one hundred tanneries for polluting the water of the Buriganga River, new tanneries have arisen in their place. Now, another hundred thousand of your citizens are facing poisoned water.

As you did before, you must shut down these tanneries before they cause more destruction and even death. Your citizens deserve clean water and a safe home. Do everything in your power to give them that.