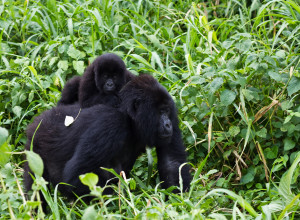 Goal: Stop Chinese zoos from importing animals from the Congo.

China’s request to import many species of wildlife from the Republic of the Congo has sparked outrage among animal rights groups and conservationists. Among these species are many varieties of primates, as well as forest giraffes and manatees; all of these species are nearing extinction. Additionally, wildlife charity Born Free fears that these imports will allow China to exploit the creatures and provide for illegal black market trades.

It is unethical to transplant vulnerable, nearly-extinct animals from their natural habitat into a place that may not be able to properly see to their needs or ensure their well-being. In the case of the great apes and other primates, separating even one from the others will cause a disturbance in their group dynamic, leading to a ripple effect of physical and emotional distress that will endanger the health and possibly the lives of other apes. Furthermore, China has had a history of animal exploitation overall, including the sale and trade of animal parts. The fears held by Born Free could easily become a reality.

We cannot allow this export to take place. These animals need to remain in their native habitat to thrive and to survive, and we cannot risk China enabling black market trades for their parts. Sign this petition to ensure that these creatures remain where they belong.

Your intentions to import wildlife from the Republic of the Congo to place in your zoos is unethical and dangerous. All of the species you have requested are near extinction, and the stress of being ripped from their home and forced to travel so far could possibly kill them. Additionally, the great ape species’ society is akin to a family, in which forcibly transplanting even one will disrupt their society and dynamic.

You must rescind your request immediately. Not only would this import put the lives of many animals in danger, but animal rights groups fear that placing them in China’s care will enable illegal black market trading of their parts should they die. These animals must remain in their native habitat so that they may thrive. Do not risk their health by removing them.