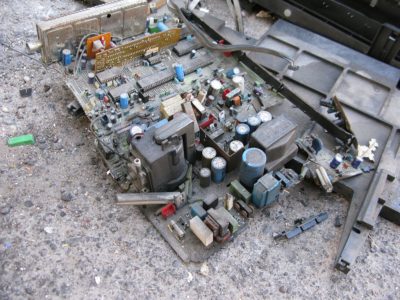 Target: Ryan Zinke, Secretary of the United States Department of the Interior

Factories in Thailand burn massive amounts of electronic waste every day. This waste is illegally shipped from the west to Thailand and dumped in front of an old factory, after which it is taken to recycling plants where workers extract whatever precious metals they can before burning the rest. The lesser heavy metals in all of the broken computers, TVs, and printers pollute the air, water, and soil.

This is extremely dangerous. These electronic waste recycling plants are the exact opposite of the practice meant to reduce pollution and contamination. The air will quickly become too dangerous to breathe if they continue to burn so much plastic, and the contaminated water and soil harms humans and wildlife alike. Additionally, the factories cannot even burn the waste faster than it is dumped in the country, leading to skyscraper-high levels of broken electronics becoming an eyesore.

Authorities and environmentalists are beginning to fight back against the illegal dumping and these factories, and the United States must aid them in fighting for a cleaner environment. Sign this petition to stop the illegal export of electronic waste into Thailand, and to shut down the dangerous factories.

Thailand is becoming the world’s rubbish dump thanks to the west illegally exporting its electronic waste into the country. The waste is taken to factories where workers conduct dangerous methods of extracting valuable metals while burning the rest, allowing the lesser heavy metals to pollute the air, water, and soil. This is extremely dangerous to all living beings in Thailand, and the never-ending piles of broken electronics are an eyesore.

The United States is heavily responsible for this problem, and we must put a stop to it. We cannot continue to allow the west to dump its electronic waste into Thailand, and we must aid the authorities in shutting down the dangerous factories polluting the country. You must outlaw the illegal export of electronic waste immediately, to ensure a better future for Thailand.