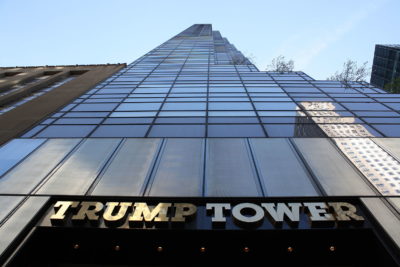 Just two percent of the buildings in New York City, including luxury high-rise towers like Trump Tower, are responsible for creating over half of the city’s carbon emissions, according to a recent study. The report looked at the amount of energy each building took in from the public grid along with the amount of fossil fuels they burned, and concluded that these privately-held properties were among the worst offenders citywide.

Compared to the average multifamily home in New York City, which used 125 British thermal units per square foot (kBtu), Trump Tower was found to be consuming a whopping 208 kBtu. The most wasteful tower—the Baccarat— reportedly used a shocking 386 kBtu. Armed with this new data, environmental groups are now pressuring city lawmakers to enact strict emissions cuts at these and other properties.

Making these massive structures more environmentally-friendly is a relatively easy task that can be accomplished largely through modernizing boilers and water heaters alone. These buildings cannot be allowed to continue to fill the city’s skies with carbon emissions that are contributing to worldwide climate change. Sign below and demand that wealthy property owners, including Donald Trump and Jared Kushner, be held accountable in making the city a cleaner and healthier place to live.

Although New York City is not a factory town like Pittsburgh or Detroit, it contributes heavily to worldwide global pollution thanks to the wasteful carbon emissions coming from a small handful of luxury towers. While you have called for mandates in the past to cut emissions at privately-owned buildings, these measures do not go far enough to address this ongoing environmental crisis. Despite criticism from real estate developers, you must do more to ensure that these emissions cuts get passed and that they are enforced.

Please work with other city council members to come up with a comprehensive plan for holding these luxury towers and their wealthy property owners accountable for their wastefulness. It is the right thing for the city of New York and for the welfare of the planet as a whole.