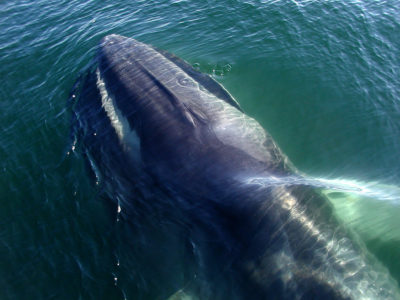 Goal: Shut down the whale and dolphin meat market for good.

Several regions of the world still consume whale and dolphin meat, despite efforts to stop the trend. An in-house cafe at a Japanese marine park features dolphin on its menu, whale meat makes up most of the Alaskan Inuit diet, and Greenland’s natives and tourists alike feast on whale. Despite countries like Iceland and Britain cutting down their consumption, the sea mammal meat market continues to be a problem.

Not only is the consumption of whale and dolphin a major reason for the decline in both species over the past few decades, but the meat of these creatures is actually dangerous for humans. The bodies of dolphins and whales accumulate traces of heavy metals such as mercury or silver; when these metals are unknowingly consumed by humans, they can cause neurological disorders such as seizures and memory loss. Some territories are even aware of this; the Faroe Island government has issued a warning to its citizens against consuming dolphin despite it being a major part of their diet for years.

The sea mammal meat trade is a lose-lose situation for all involved. Innocent creatures are hunted and killed for their meat, and humans risk serious health problems by consuming it. Sign this petition to stop the whale and dolphin meat market once and for all.

The dolphin and whale meat market still persists to this day, despite whaling and dolphin fishing being a major cause of the near-extinction of these creatures. Some countries have stopped their consumption of dolphin and whale, but others persist. Not only is this the cause of the species’ endangerment, but the meat is dangerous to humans due to its high concentration of heavy metals such as mercury. These can cause severe health problems such as memory loss, infertility, and seizures.

Your country is one of several that still consumes whale and dolphin meat, so you must set an example by outlawing the hunting of these creatures once and for all. Send the message to other countries and territories that the sea mammal meat market is not only cruel to the animals themselves, but that the meat is too dangerous for human consumption.