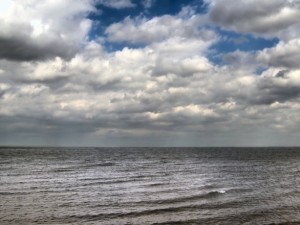 Our country’s marine life is under attack. President Trump unveiled a new U.S. oceans policy that, like most of his executive orders, guts the legacy of his predecessor. This time, marine habitats and marine life could pay the biggest price. Gone from the policy are such words as “climate change,”  “ocean acidification,”  “biological diversity,” “protect,” “restoration,” and “conservation.” In their place is an emphasis on “ocean industries” and “domestic energy production.” By essentially repealing America’s National Ocean Policy, Trump has once again put corporate interests over the long-term health of our planet.

Much of the priorities outlined in the new policy focus on how agencies and industries can “use” the ocean to promote growth, such as the increased offshore drilling that Trump has long coveted. Guidelines and management that supposedly “prevent productive and sustainable use” are also targeted. In an ever-emerging trend under this administration, deregulation will very likely enable profiteers to exploit the environment with no consequences. Perhaps worst of all, the new order will significantly strip away current conservation plans being considered and implemented in areas like the Great Lakes and the north Atlantic coastal regions of America. The government-backed comprehensive data collection tools that help boost and build these efforts are largely absent under the new policy.

Sign this petition to condemn this destructive continued assault on our vulnerable marine ecosystems and to urge a return to environmental stewardship.

“We learned through painful experience that the ocean is indeed exhaustible, but we also learned that if we are smart about how we use the ocean, it can provide a wealth of benefits for decades and decades.”

Heed the words of this marine ecologist and long-time leader when you so quickly praise the end of supposed “government overreach.” Our government at its best helps guide the country and its people to a better future. With self-destructive actions such as the revocation of the National Ocean Policy, you are putting the burden of environmental carelessness on future generations who will suffer the most from the thoughtless actions of today.

By taking away the federal government as a key ally of state and local governments in marine conservation efforts, these communities will suffer in the long-term from abusive practices that now have no restraint. Areas such as the Great Lakes that have adopted plans to improve and develop natural marine habitats will face abandoning these important efforts. And as the marine life and the beautiful landscapes these communities rely on for sustenance and growth continue to deplete and diminish, their erosion will be squarely on the shoulders of a government that can only think in terms of short-term profit and gain.

Reverse course or risk reversing this country and its natural wonders to places from which they may soon be forever lost.