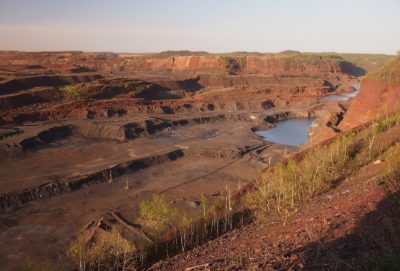 Large swaths of protected forest land in Minnesota could be carved up and destroyed by multinational mining companies if President Trump keeps his promise to roll back current environmental protections. During the Obama administration, mining activities were banned within the remote Superior National Forest, which is home to many fish and wildlife species, including walleye, bears and packs of gray wolves.

Before leaving office, President Obama had signed the 20-year mining ban within Superior National Forest, on top of an additional two-year moratorium needed to assess the environmental impact that mining could have on the woodlands and Boundary Waters ecosystem. Since then, mining companies interested in extracting copper and nickel have lobbied to overturn this ban, even though mining activity within the forest would likely be extremely harmful to thousands of living creatures and plants.

We cannot allow corporate greed to irreparably damage the pristine waters and woodlands that make up this national forest. Any economic benefits would certainly be overshadowed by this catastrophic assault on the environment. Sign this petition to denounce Trump’s pledge to open up this forest to mining and demand that this section of Minnesota wilderness remain protected for years to come.

We, the undersigned, are extremely disappointed that you have pledged to reverse a 20-year ban on mining within the Superior National Forest in Minnesota. Allowing copper and nickel mines within this sensitive wilderness area will likely contaminate and degrade this ecosystem beyond repair, and may be harmful for local communities as well.  This forest, along with the Boundary Waters Canoe Area Wilderness found within its borders, must be preserved for the good of wildlife and all Minnesotans.

Research has shown that mining activities within this region would be environmentally devastating and could potentially contaminate area waterways that are considered to be some of the cleanest in the world. We cannot allow heavy metals and other mining byproducts to poison the water and threaten the many plants and animals that call the forest home. We strongly oppose your pledge to open up this forest to exploitation at the hands of mining corporations and demand that you do not reverse the existing 20-year ban.