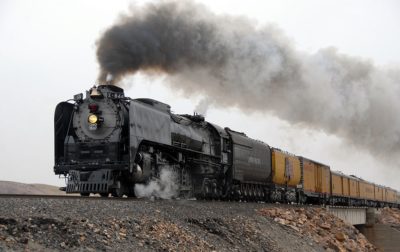 An estimated 230,000 gallons of crude oil could potentially contaminate drinking water in northern Iowa after a freight train derailed. The incident occurred in the town of Doon in Lyon County around 4:30 a.m. on June 22, 2018 when 33 oil tankers lost control. Originally, the cargo was carrying tar sands oil from Alberta to Oklahoma before spilling into floodwaters along the Little Rock River. Officials still don’t know what caused the accident, although many suspect flooding to have eroded the ground beneath the train tracks.

So far, approximately half of the spill has been properly contained around the derailment site. Booms, skimmers, and vacuum tracks are being used to remove the pollutants, and crews will soon use special equipment to separate oil from the water. This still doesn’t calm the panic among communities down river, who fear that the contamination will affect drinking water sources. The EPA must provide their services in mitigating further environmental disaster. Sign the petition to demand action.

Most likely due to recent flooding, 33 cars carrying tar sands oil recently derailed near Doon, Iowa. About 230,000 gallons of crude oil seeped into the surrounding floodwaters and is projected to travel downstream if not soon taken care of. If this occurs, communities like Rock Valley may lose their wells and access to clean drinking water. This sort of threat is so severe that the city decided to temporarily shut off its water as a safety precaution. Ensure that the environment isn’t compromised even further by helping to recover the damage as soon as possible.