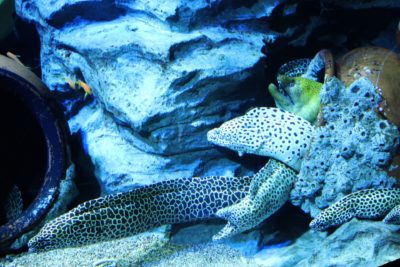 Target: His Excellency Jean-Claude Juncker, President of the European Commission

Eels are slowly dying of cocaine poisoning due to a buildup of the drug in European waters. Trace amounts make their way into the rivers, building up and spreading outward into the Atlantic Ocean; a study shows that eels exposed to the drug were not only hyperactive, but suffered from muscle breakdown and swelling. Scientific testing showed that even after rehabilitation, the animals still suffered from these issues as well as a breakdown in their fat reserves, which they need to be able to swim to breeding grounds.

With eels already endangered, this cocaine poisoning could see the complete disappearance of the species within a few short years. Eels who lack the muscle tissue and fat reserves to swim to their breeding grounds cannot help further the growth of the species, and even those who do may pass the poisoning on to their offspring. Additionally, cocaine in the water supply is dangerous to other aquatic wildlife, plant life, and possibly even humans who swim in or use the water from the rivers.

Trace amounts of cocaine in European rivers are poisoning already endangered eels, whose ingestion of the substance is causing a breakdown of their muscles and fat reserves. This hinders the eels’ ability to swim to breeding grounds, and even those who are able to risk their offspring being born with cocaine poisoning. Additionally, even the slightest amount of cocaine in the water is dangerous for other aquatic wildlife, plant life, and even the humans who swim in or use the water.

You must put a stop to cocaine pollution as soon as possible. If cocaine continues to build up in the rivers and the ocean, the eel species will disappear completely in just a few short years. Put an end to the deposits of cocaine in the waters, and protect the eel, as well as all other aquatic life in Europe.