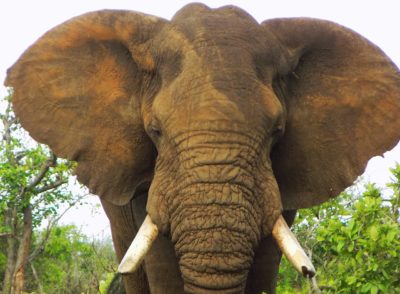 A vitally important animal welfare bill that will help fight trophy hunting and protect innocent wildlife from being cruelly killed for their body parts to be sold has advanced to the floor in California, and must be passed into law. SB 1487, The Iconic African Species Protection Act, was introduced by Senator Stern. It is a critical piece of legislation in a wave of forward motion for animal welfare in California, but it needs public support to ensure its passage and the continuance of this positive momentum.

The bill protects iconic African wildlife by banning the possession of their body parts. This discourages trophy hunting, and also sends a message regarding the priorities and values of the state. Among the animals protected by the bill are African elephant, African lion, leopard, giraffe, hippopotamus, striped hyena, and multiple species of rhinoceros and zebra. These animals must be preserved, not thoughtlessly killed for profit, and California can pave the way for the rest of America to no longer be complacent and complicit. Sign below to demand the passage of The Iconic African Species Protection Act.

The Iconic African Species Protection Act (SB 1487) is a critical piece of legislation in the battle for animal welfare and wildlife preservation. By banning the possession of animal parts, SB 1487 demonstrates the importance of compassion, humanity, and the future of our world—which must be prioritized over the cruelty and profits of trophy hunting.

Animals like lions, leopards, giraffes, zebras and many more are dying out, but this legislation can help protect them and ensure that they remain alive for future generations. By banning possession of any body part of these animals and others in California, trophy hunting is discouraged and California maintains its momentum and leadership in the fight for animal rights. I urge you to ensure that The Iconic African Species Protection Act (SB 1487) is passed into law.