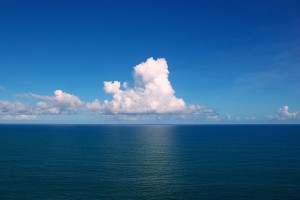 Goal: Protect coastal communities from the danger and damage of swelling oceans.

A recent climate change study has revealed that rises in sea level as a result of climate change will pose a threat to many US coastal communities. According to the findings, as many as 311,000 houses face the possibility of coastal flooding every two weeks starting sometime in the next 30 years. This type of damage is estimated to affect properties that are collectively worth $120 billion.

Kristina Dahl, a senior climate scientist at the Union of Concerned Scientists, said of the study: “The impact could well be staggering. This level of flooding would be a tipping point where people in these communities would think it’s unsustainable. Even homes along the Gulf coast that are elevated would be affected, as they’d have to drive through salt water to get to work or face their kids’ school being cut off. You can imagine people walking away from mortgages, away from their homes.”

A recent climate change study has revealed that climate change will have a devastating impact on the coastal communities of the United States as a result of rising sea levels. As many as 311,000 homes could potentially face bi-weekly coastal flooding well within our lifetime, as soon as 30 years from now. Even houses that are prepared to face coastal environments by being built on stilts would not save residents from the unsustainable lifestyle changes that would be necessary if this type of sea level rise happens. These changes include the choice between driving in high water to attend work or school, or staying home to protect their personal safety.