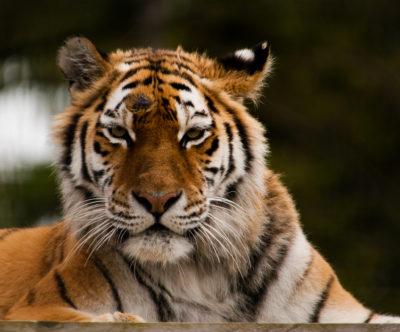 Goal: Return US tiger population to its natural habitat.

Much of the United States’ tiger population lives in backyards or captivity, rather than in the wild or in zoos. According to news reports, all but six percent of these animals live in breeding facilities, backyards, or apartments; in some states it is even easier to buy a pet tiger than it is to adopt a rescue dog.

This is not good for the tigers or the humans who keep them captive. According to conservationists, the captivity of tigers makes it harder to keep track of their numbers, as well as fueling the illegal trade of tiger parts that is still a major problem in certain parts of the world. Additionally, dozens of children have suffered brutal injuries from tigers kept as pets or found living in backyards; four even lost their lives, and authorities were forced to kill the tigers responsible.

The planet’s tiger population has been in dire straits for years now, with the species dangerously close to extinction at certain points. We need to aid the return of tigers to the wild or to the zoos where they can be kept safe. Sign this petition to remove tigers from captivity immediately.

The United States has seen more tigers living in backyards or in captivity within the past year, causing problems for conservationists aiming to keep track of their numbers as well as leading to children in homes containing the animals being attacked or even killed. Four children lost their lives to tiger attacks, leading the authorities to put the animals down, and the captivity of the animals in general helps fuel the illegal tiger parts trade in certain parts of the world.

You must return these tigers to either the wild or to the zoos where they can be properly cared for. Apartments and backyards are no place for wild animals, especially ones that have been on the endangered list for years as tigers have been. Part of keeping the population safe is ensuring proper habitat. You must outlaw keeping tigers in captivity, and aid in the return of the surviving animals to their proper habitats.