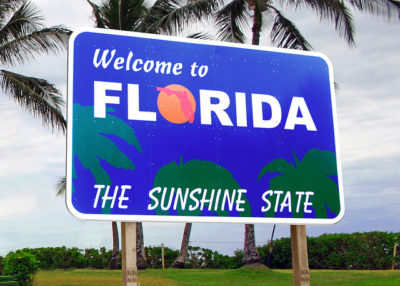 The State of Florida recently passed a constitutional amendment requiring the state spend a billion dollars to purchase land for conservation efforts instead of allowing that land to be developed on. The move was an act by Floridians to ensure that they can keep a legal stake in their home state’s land without having to worry about the land being sold for industrial purposes. Thanks to the ruling by a local judge, Florida now has a billion more dollars to allocate towards land conservation.

Opponents of the move were big companies who wanted to develop on the very land that was up for auction and if they had gotten their way, the land would be demolished and polluted forever. Thanks to some dedicated Floridians and the tireless efforts of conversation groups, the conservation efforts will continue without roadblocks by private entities. Stand with us in thanking Florida for making the right choice.

Thanks to the efforts of the Florida Wildlife Federation and the Sierra Club, Florida no longer has to worry about losing a billion dollars worth of valuable resources to industries who only want to abuse that privilege. If we did not have conservation groups like yours fighting the good fight, who knows what would happen to our priceless heritage and resources?

Florida is an essential stitch in the tapestry of ecological diversity we have crafted here in the United States, if we do not protect this tapestry then the very values of America are at stake. We were built with respect for our beautiful ecology and it’s environmental decisions like this that allow us to continue respecting these ecologies. We thank you for your hard work.