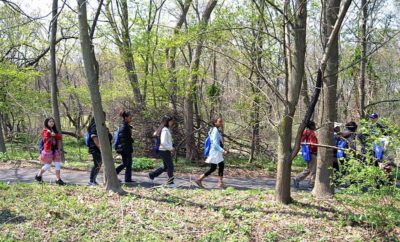 Goal: Do not diminish efforts to conserve America’s natural landscapes.

America’s natural environment is in more danger than ever. For decades, conservation of lands has stood as one of the primary missions of the United States Department of the Interior. Yet as this federal agency—like many alongside it—becomes increasingly politicized, the values and mission of the organization are disappearing, now supplanted by new ‘priorities’ that include “protect[ing] the border” and “strik[ing] a regulatory balance.”

In a broad move that will have a strong impact on environmental conservation efforts nationwide, the department is considering significantly slashing funds for conservation grants it offers to community and state land preservation efforts. A more low-key but equally detrimental move in the long term involves new guidelines the department has put in place that will hobble the ability of geologists to attend the field’s two major scientific conferences. In new guidelines critics label censorship, materials to be used in presentations will be screened not by expert professionals but a departmental political appointee. If the materials do not support the department’s new priorities, then these scientists will be stifled from collaborating with their colleagues on matters of urgent importance.

Geologists provide critical insights on a host of environmental issues, including habitat restoration, water contamination, and the impacts of natural disasters. Their work must be allowed to continue unhindered by politics. Sign this petition to demand the Interior Department abide by one of its core missions and stop assaulting conservation and key research efforts.

Land management stands as a fixture of the Department of the Interior, yet with each passing day this vital effort seems to be under assault from within. As the leader tasked with overseeing the operation of land management programs nationwide, does it trouble you that the financial lifeblood of such efforts is being squeezed with every new undermining policy? If grants for the conservation efforts that preserve and sustain our nation’s precious lands are curtailed, then at some point in the increasingly near future, you will be managing nothing but remnants, ghosts, and wisps of once-vibrant habitats.

In the same vein, hobbling the efforts of the geological professionals who should be valued colleagues and allies via political interference will only further diminish protections for our lands and its resources. While you may not have direct authority over these matters, you can be a strong, powerful voice that speaks for the lands that cannot speak for themselves.

Please fulfill your mission and advocate for our country’s most irreplaceable natural marvels.