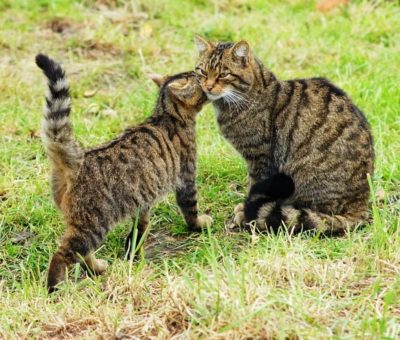 Target: Her Excellency Theresa May, Prime Minister of the United Kingdom

One fifth of Britain’s wild mammal population is at high risk of extinction due to habitat loss. Their homes are being paved over and destroyed to make way for more roads, farmland, and industry, leaving many species with nowhere to comfortably live and forage for food. Those in the most danger are currently the Scottish wildcat and the greater mouse-eared bat, plus rabbits, hedgehogs, and water voles.

The loss of even one species is dangerous to the ecosystem, and this many losses at once could spell complete disaster. Wild mammals are essential in controlling certain insect populations, as well as spreading pollen via their fur to aid the growth of wild flora or fruit-bearing trees. Additionally, while industrial progress is a good thing for humans, it should not come at the expense of living creatures who have been inhabiting the forests and the woods for centuries.

Many mammals have survived the brink of extinction to rebuild their numbers in the past, so there may be hope yet for these currently vulnerable species. But it will take great efforts to ensure their protection. Sign this petition to support the conservation of Britain’s wild mammal population.

Several wild mammal populations are at risk of extinction due to the loss of their habitat, which is being paved over or chopped down to make way for more industrialization. While the growth of industry is beneficial to humans, it should not have to rob innocent wildlife of their homes in order to exist. Currently, the Scottish wildcat and greater mouse-eared bat are in the most danger, with only one male of the latter species remaining.

You must make the effort to prevent these animals from disappearing. They are vital to the ecosystem, as they control insect populations and spread pollen to aid the growth of flowers and fruit-bearing trees. The loss of this many species could spell a large-scale disaster for Britain’s ecology, and you must prevent this. Please fund and support the preservation of forests and woods in order to allow these species a fighting chance.