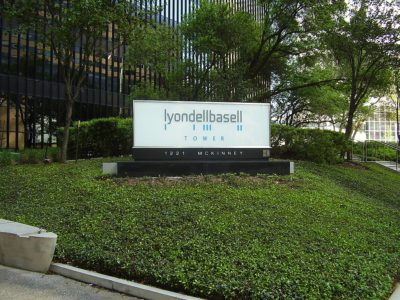 Goal: Remove political appointees with conflicts of interest from the EPA.

Close to 50% of EPA political appointees have ties to industry under the current administration, according to a study by the AP. With high-ranking officials in positions to ignore or bend the rules for former employees, questions regarding conflict of interest are raised. How can the EPA protect the public and enforce environmental regulations with so many employees having questionable loyalties?

The EPA recently named Steven Cook as the new chair of the Superfund Task Force, after the former chair resigned amid scandal. Cook has been at the EPA since February of 2018 as the deputy assistant administrator for the EPA’s Office of Land and Emergency Management, but prior to that spent over two decades as a lawyer for LyondellBasell Industries, one of the country’s largest chemicals, plastics, and refining companies, and a known past and allegedly present-day polluter. Of the approximately 1,300 toxic cleanup sites that the Superfund Task Force is in charge of monitoring, six are the responsibility of Lyondell Chemical Co., a subsidiary of Cook’s former employer. In 2010, Lyondell Chemical Co. settled with the U.S. government for $250 million for the cleanup of these six Superfund sites as well as nine other polluted sites. LyondellBasell is suspected by the EPA of polluting over thirty other sites.

The person previously entrusted to defend a known polluter is now in charge of supposedly expediting cleanup at their pollution sites, and many others. Rather than recuse himself, Cook, along with many other EPA officials previously from these industries, hides behind the flimsy belief that the ethics briefings mandated by the EPA are enough. But these are not sufficient to guarantee impartiality or the public’s safety. Sign the petition to call for the investigation and removal from the EPA of political appointees with ties to companies being regulated.

The EPA under your administration has become a corrupt, toothless organization. Rather than protecting the environment and enforcing regulation, the EPA under your guidance is being systematically dismantled from within by employees who formerly represented or worked for the companies they are supposed to be regulating. The AP identifies one-third of last year’s 60 hires to the EPA as former lawyers or lobbyists for EPA-regulated companies. Nearly half of political appointees under your administration have some connection with industries regulated by the EPA. Steven Cook, the chair of the Superfund Task Force, spent over twenty years as a lawyer for a company whose sites he is now in charge of remediating.

This kind of flagrant ethical violation will not be tolerated by the American people. Discontinue the appointment of regulators from companies that are regulated, and remove people like Steven Cook, Nancy Beck, and countless others from positions where they can benefit their former employers. We need and deserve a clean environment, free from unregulated and unmitigated pollution.