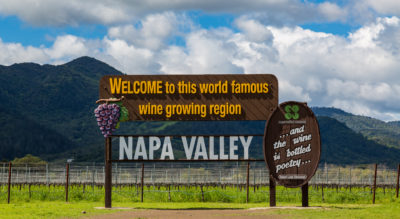 Goal: Urge companies in Napa Valley not to overexploit the land.

Wine industry experts like Warren Winiarski are calling for limitations in Napa Valley, California over environmental concerns. In 1976, his Stag’s Leap Winery won top honors at a blind tasting in Paris that transformed the Napa region into a global wine contender. Since then, he has become one of many residents and local business owners concerned about the area’s gradual ecological decline. The problem: former rich oak woodlands are being converted into labyrinths of vines. Fewer trees mean less oxygen, less replenished groundwater, and more chances for soil erosion. Today the question persists: has Napa Valley reached its agricultural limit?

To raise awareness about these environmental concerns, there’s an ongoing local initiative called Measure C. The committee’s goal is to put a cap on the amount of oak tress to be cleared for the development of future vineyards. Currently there are approximately 500 wineries in the valley, which is only 30 miles long, five miles wide, and one of California’s most beloved natural treasures. Many of these companies are foreign-owned and seeking profits at all costs. Sign the petition to urge one of the largest enterprises in the area (though based in the U.K.) to respect the finite resources of Napa Valley.

As you’re probably well aware, there’s a growing movement in Napa Valley to preserve the integrity of the former landscape. Prior to the influx of vineyards over 30 years ago, this region was full of biodiversity, with plentiful livestock and fruit trees. Now the monoculture of grapes has taken over and augmented further deforestation, resulting in ninety-five percent of local oaks being cut down and replaced with grapes. Considering that developers aspire to expand operations in nearby hillsides, please commit yourself to preserving the last vestiges of the original terrain.

These woodlands play a vital role in Napa Valley’s ecology. What remains of the once-thriving oak forest serves an essential role in the valley’s watershed. Don’t allow the pursuit of power and wealth overshadow the importance of protecting natural resources like water and healthy soil. The reality of the situation is that more than a third of the remaining trees rest on fertile grounds that vineyard enterprises like yourself want to capitalize on. It’s estimated that by 2030, approximately 3,065 more acres will have disappeared due to the growing wine industry. We aren’t demanding your company go out of business, just that it embrace responsible farming. Know your limitations.