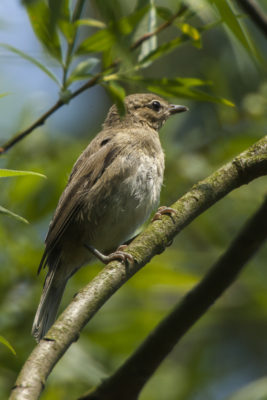 Goal: Protect garden warblers from habitat loss by encouraging the growth and preservation of thick scrubs.

Scotland’s garden warblers may be in danger of total habitat loss due to an increasingly tidy countryside. The birds prefer to live in thick brush over anywhere else, and due to the disappearance of wild brush, the species is becoming harder and harder to spot. Habitat loss often leads to severe endangerment, and possibly extinction.

While wild brush can be a risk due to the possibility of wildfires, it is not fair to simply dispose of all that remains. Brush can easily be contained to certain areas, to create a natural reserve for the birds so that they may enjoy their chosen environment and have a chance to fortify their numbers to prevent possible endangerment.

As of right now, the garden warbler is on the “least concern” list, but is still disappearing. By protecting areas of wild brush, we can take preventive measures against further endangerment of these charming little birds. Sign this petition to demand protected brush areas across Scotland’s countryside.

Garden warblers are at risk for habitat loss. The birds prefer and thrive in thick brush, which is becoming rarer in Scotland’s increasingly tidy countryside. Understandably, there is a concern about wildfires caused by leaving thick brush to lie everywhere, yet it is not fair to the birds to remove every last trace of it. Habitat loss leads to endangerment, which can lead to extinction in a short time.

Currently, the garden warbler is on the “least concern” list, and you must not let that change. By preserving areas of thick brush as protected safe spaces for the warblers, we can let them thrive in their favored environment, thus eliminating a possible threat of their disappearance down the line. Please fund the creation of such safe spaces by ensuring the preservation of wild brush in the countryside.