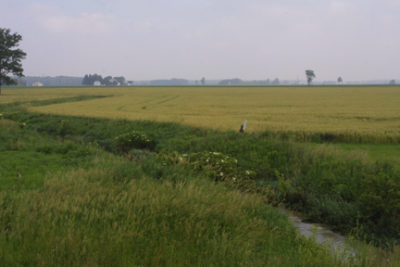 The ethics scandal continues for the individuals charged with conserving our environment and our lands. Now, the spotlight of scrutiny is directed toward senior officials in the Department of the Interior, a federal agency that, among other responsibilities, oversees America’s natural resources and federally protected lands. Unfortunately, much like Environmental Protection Agency leadership, it appears that Interior leaders may be making back-room deals with the very entities that threaten its mission.

Media-obtained records have revealed meetings between high-ranking Interior Department advisor Douglas Domenech and the Texas Public Policy Foundation, a high-profile conservative lobbying organization believed to be backed by the notorious Koch brothers. This foundation most recently gained scrutiny in the political realm when President Trump appointed one of its fellows, a known climate change denier, to helm the Council for Environmental Quality. Domenech himself is also a former employee of TPPF, where he directed a project that lobbied against the Clean Power Plan.

Domenech claimed his meetings were entirely social, but his released work calendar tells a very different story of intensive discussions that centered around policy initiatives. Every member of the Trump administration allegedly signed a pledge that forbade them from allowing former employers insider access to federal departments or policy initiatives. Domenech, allegedly like many alongside him, has blatantly disregarded his pledge and placed outside interests over the duties he was appointed to carry out with integrity.

Sign this petition to demand President Trump hold this official accountable for violations that could place the environment and its precious resources at imminent risk.

Douglas Domenech, a powerful official within the Department of the Interior, has openly held several meetings with his former employer, the Texas Public Policy Foundation. More critically, his own documents indicate these meetings focused on present and future Interior Department policy.

This is a blatant violation of Mr. Domenech’s oath of office and a betrayal of the mission he has to look out for the best interest of our federal lands and resources. Although this matter is allegedly being investigated internally, we do not have confidence it will be resolved impartially.

Honor your own pledge to “drain the swamp” by demanding the removal of this man who seemingly cannot and will not keep his word.